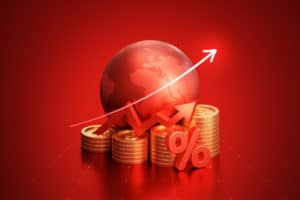 UK: recession will be long and not painless

According to Goldman Sachs, the recession in the UK, which is already beginning, will be long and plagued by high energy prices and inflation, at least until 2024, and then normalize the following year.

UK and Germany as the countries most affected by the recession

According to Goldman Sachs, the United Kingdom and Germany will be the countries to have the greatest impact in the initial phase of this recession.

Having ascertained that the recession will be there and will not discount anyone, the question is how and when it will hit.

The famous investment bank believes that the UK will enter a recession from Q4 2022 and will last between five and seven quarters.

British household income, after taxes, will fall sharply in Q4 2022 and will be the same throughout 2023, the same will be true for consumption, which will fall by a lot.

The Bank Of England has cut the country’s growth outlook and estimated that GDP will fall by about 1% through the middle of next year.

To cope with inflation, which is estimated to peak at 13.3% in October and will not decline much in 2023, the country′s central bank had to adopt an iron fist by implementing its sixth consecutive rate hike, which now stands at 1.75%.

The half-percentage point increase in the latest intervention was the highest in one go since 1997.

“Concerns about UK cost-of-living pressures have continued to intensify as the energy crisis deepens. Real consumption is likely to decline significantly again.”

The institute believes that the propensity of British households to save will drop sharply reaching a record low of 3.5% in Q2 next year while incomes will fall by 2.9% and real consumption by 1.4% also in 2023.

According to the Bank Of England, the concern that may turn into a nightmare for British households is that:

Energy bills have already experienced 80% increases of about £3,500 a year and, driven by copious pleas for help from citizens and businesses now with water at their throats, the country is facing a resigning government that will have to run for cover.

Proposals to cope with all this amount of price increases are among the most varied, ranging from a 5 percentage point cut in VAT to the exemption of taxes under a certain income, or even deferments and excise tax freezes for the state in serious situations.

The post UK: recession will be long and not painless appeared first on cryptodailynews24.com.