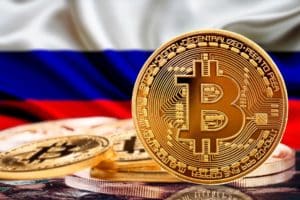 Russia opens the door to cryptocurrencies

On the sidelines of a think talk on the development of Russia’s financial system, the country’s prime minister opened up on digital currencies, which he said are becoming necessary for cross-border payments.

Blockchain is a technology that can offer great possibilities for Russia, according to Mishustin, as long as it is controlled by the government:

“We need to intensively develop innovative areas, including the adoption of digital resources. It is a safe alternative for all parties who can guarantee uninterrupted payments for the supply of goods from abroad and for export.”

The Kremlin is following the steps of Iran’s Ministry of Mining and Trade, which recently authorized the use of digital currencies for imports.

On Monday, the Arab state made cryptocurrency payments possible, which will be a valuable ally in the fight against ongoing international trade sanctions against Iran.

The authority had been considering using this channel for outward payments as early as May, as reported by Ivan Chebeskov, head of the political and financial division within Moscow’s Finance Ministry:

“The idea of ​​using digital currencies in transactions for international settlements is actively discussed.”

The transcontinental country’s move was also endorsed in June by the number one of Russia’s Central Bank, Elvira Nabiullina, who from historically crypto-averse positions, granted an opening by stating that they can be used in cross-border or international payments as long as they do not enter the financial system.

Crypto is an excellent tool for Russia to circumvent sanctions

The advantages for Putin’s country in using cryptocurrencies

From the Kremlin, in essence, comes an opening that can help the country make up for the damage resulting from sanctions following the war in Eastern Europe with neighboring Ukraine.

Increasingly, cryptocurrencies are rising to the role of an alternative financial system to fiat currencies and SEPA, serving both as a tool to benefit the affected population, as seen in donations of funds aimed at food, medicine, and bulletproof vests, and as a tool for the accumulation of funds by militias in more or less legal ways. Also, in the latter sense, to circumvent sanctions that the international community has commuted against Moscow.

The move by Iran and Russia redraws the geopolitical picture. No longer harnessed by international ballasts, the two countries can regain vigor in the foreign arena by circumventing sanctions and vetoes, and they do so through a relatively young asset that as a result of the two nations’ policy line will inevitably have a growing capitalization in the near future.

The post Russia opens the door to cryptocurrencies appeared first on cryptodailynews24.com.