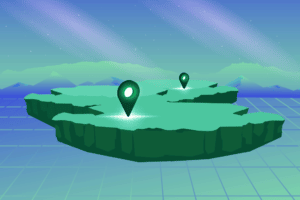 Within weeks of its announcement, Ripple’s project to tokenize some land expropriated by the government from the underworld appears to be facing unexpected difficulties.

Ripple: tokenization of some Colombian land seems to stall

The project that Ripple Labs had launched in collaboration with Colombian authorities to register via blockchain some portions of land confiscated from the underworld by the government is in serious danger of not materializing.

The project, which had been launched in late July by the Colombian government in partnership with blockchain developer Peersyst Technology and Ripple Labs, was to permanently store and authenticate property titles on XRPL, Ripple’s public blockchain.

According to the Colombian government’s intentions, this system would have made the distribution of large land holdings belonging to Colombia’s big drug cartel bosses less bureaucratic and more equitable.

But only a few weeks after the announcement, the first opposing views began to come from Colombian authorities. The acting head of the Colombian Land Agency said two days ago that the project is not a priority for 2022 and would not be considered a strategic priority for the country’s information technology department.

The news came as a great surprise, considering how Colombia’s new president, Gustavo Petro, is considered crypto-friendly, which is also reflected in some of his recent tweets favoring cryptocurrencies:

What was the goal of Ripple Labs’ project in Colombia?

Ripple Labs’ project was aimed at the fair and secure redistribution of land, which, according to a peace agreement co-signed by the Revolutionary Armed Forces of Colombia and the Colombian government in 2016, was to redistribute land to marginalized indigenous communities.

“The point is that land is important in Colombia, so a system is needed that ensures land cannot be wrongfully taken,” he added. “Putting the information into a public blockchain that cannot be changed or altered will help.”

“With the public blockchain, once the transaction is recorded, it can never be deleted. That’s the most important part. If the government system is blown up, the owner of land will still be in a blockchain because it is held around the world in different nodes.”

Now, however, the project seems to be encountering difficulties related precisely to the new administration, since the agreement was signed before the new president was sworn in. The new administration seems much less convinced of the project’s merits and according to some experts, it may be politically dead.

President Petro’s plan would include the purchase by the state of part of the land that is currently unused or used for illegal purposes and their redistribution to rural farmers, without, however, giving priority to indigenous people and rural communities, as, on the other hand, the old administration wanted to do in the most equitable and secure way possible precisely deciding to use Ripple’s public blockchain.

The post Ripple’s plans to tokenize land in Colombia did not take off appeared first on cryptodailynews24.com.