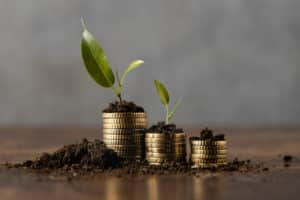 Lagarde: “climate change has a clear impact on inflation”

“If more and more climate disasters, droughts and famines occur throughout the world, there will be repercussions on prices, on insurance premiums and on the financial sector,”

said Christine Lagarde in an interview with Madame Figaro. “We need to take that into account.”

According to Legarde, climate impacts inflation

With these words, the President of the European Central Bank (ECB), which has been grappling in recent weeks with problems related to rising commodity prices and prices in general, wanted to emphasize how crucial it is to pursue the policy of ecological transition from an economic point of view as well.

Indeed, according to Christine Lagarde, high inflation, which has risen to more than 8% on average in Europe, can be partly attributed to climate change.

Speaking at the Davos World Economic Forum (WEF) conference of world leaders last January, Lagarde had already said that drought, famine, rising sea levels, and other effects of climate change would certainly have a major impact on the cost of living, lifestyles, and living itself.

A 2021 scientific study estimated that without decisive action on emissions in the environment and with an estimated global temperature rise of 4.1°C, there will be 83 million deaths due to climate change-related factors by 2100.

According to Lagarde, the effects of climate change will not only be felt on people’s lifestyles and health but will also have a huge impact on the economy and inflation in particular.

“Obviously, climate change has an effect on price stability,” Lagarde said, pointing out how these climate effects lead to an increase in food prices and an increase in insurance premiums for the financial sector.

“If more and more climate disasters, droughts, and famines occur throughout the world, there will be repercussions on prices, on insurance premiums, and on the financial sector.”

Lagarde insisted during an interview with Madame Figaro.

When WEF Executive Chairman Klaus Schwab asked her what central banks can and should do to address these issues, Lagarde said she had a governing council in unanimous agreement that climate considerations should be integrated into monetary policy.

But she also firmly reiterated that this task certainly does not lie solely with the central bank, but there must be a joint effort by the governments of the 27 European countries.

The post Lagarde: “climate change has a clear impact on inflation” appeared first on cryptodailynews24.com.