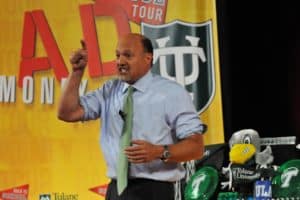 Jim Cramer and his love-hate relationship with cryptocurrencies

American financial guru and former hedge fund manager Jim Cramer spoke during an episode of Mad Money about cryptocurrencies, this time in a not-so-positive way.

In fact, it seems that right now his call toward investors is precisely to stay away from speculative assets such as Bitcoin and cryptocurrency.

According to Cramer, the current “long crypto winter” is a phenomenon related to the tightening cycle of the Federal Reserve, which, in the words of Chairman Jerome Powell, appears to be working to reduce inflation.

Jim Cramer and his love-hate relationship with Bitcoin and cryptocurrencies

The process of reducing inflation in the U.S. will produce sacrifices by households and businesses. In this regard, Cramer said:

“Fed chief Jay Powell told us that we need to stop doing stupid things with our money. That was the thrust of his speech on Friday.”

Yet, earlier this summer 2022, Cramer himself would debut in another episode of Mad Money, saying that cryptocurrencies should be part of every person’s diversified portfolio.

Not only that, but Cramer also said that he owns Ethereum, even though his main goal initially was to buy NFTs.

While Cramer is talking about cryptocurrency asset investments, just these days the whole industry is, instead, preparing for the Ethereum Merge, scheduled for mid-September, at which time ETHs can no longer be mined on the old blockchain.

Rather, as early as Sept. 6, those operating with Ethereum will see a hard fork, and therefore clients will have to be upgraded.

Of all the mining pools, the largest ETH-related one, Ethermine, has officially announced the launch of its staking service on the new Beacon Chain, calling for at least 32 ETH to be invested on its validator node.

The post Jim Cramer and his love-hate relationship with cryptocurrencies appeared first on cryptodailynews24.com.