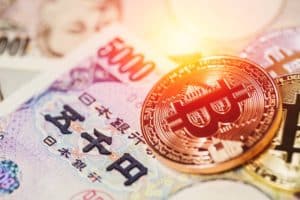 Japan wants to boost its economy tied to crypto companies

The current Japanese government, and in particular the Prime Minister, Fumio Kishida, is studying various incentives to reinvigorate the country’s economy, and apparently among them may be some related to the cryptocurrency sector.

According to Bloomberg reports, the proposal would cover a tax exemption for companies that issue cryptocurrencies, and it would also call for the enhancement of a tax relief program for individual cryptocurrency investors.

It should be noted that a 30% tax on cryptocurrency profits, including unrealized profits, is currently levied in Japan, so much so that several cryptocurrency companies in the country have been pressing for a reduction.

In particular, the Japan Cryptoasset Business Association (JCBA) and the Japan Virtual and Crypto Asset Exchange Association (JVCEA) have been complaining for some time now, so much so that they in turn have already submitted a proposal to this effect to the Japan Financial Services Board (FSA).

This proposal has the support of some local politicians, so the FSA may have decided to make it its own.

The current situation has been leading several Japanese cryptocurrency companies to relocate abroad, particularly to Singapore, for some time now. Therefore, the government might also take up FSA’s proposal to curb this hemorrhage.

It should be kept in mind that Prime Minister Kishida, who has been in office since October last year, has his own economic vision dubbed “New Capitalism” with which he would like to revive the Japanese economy. Indeed, he has even pledged to double household wealth by, for example, offering support to help Web3 businesses.

Thus, it seems likely that the proposal for a tax cut on cryptocurrency profits may eventually be approved, for example, decreasing the rate to 26% as in many other countries around the world.

The FSA’s ongoing initiative regarding tax breaks outside the cryptocurrency world is known as the Nippon Individual Savings Account, and among other things includes raising investment limits.

The goal they would like to achieve is to discourage savings made by simply keeping money unproductively in current accounts while favoring precisely investing it in productive activities.

Bloomberg, for example, reports that Japanese households hold about half of their savings in cash and simple bank deposits. That is a total of 1 quadrillion yen, or more than $7 trillion, seven times the value of the entire cryptocurrency market.

It appears, however, that it will have to wait until the end of the year before a decision is made regarding cutting taxes on cryptocurrency profits.

Jim Cramer and his love-hate relationship with cryptocurrencies