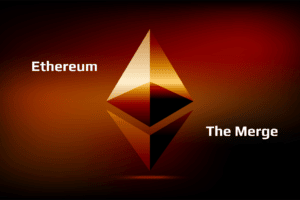 After the Ethereum Merge, scheduled for mid-September, ETH will no longer be mined on the old blockchain. In fact, as early as Sept. 6 there is news for those who work with Ethereum because on this date the hard fork will take place, so clients will have to be updated.

Reminder: even though the merge is coming around Sep 10-20, the beacon chain hard fork is on Sep 6. Make sure to update your clients before then! https://t.co/x8GQCbtNNk

This is why all the major mining pools are announcing they will stop offering the ability to mine ETH.

While many of them also mine Ethereum Classic (ETC) and will continue to do so since ETC will continue to use PoW without moving to PoS, others are looking to offer new services related precisely to Ethereum’s move to PoS.

One of these is Ethermine, the world’s largest Ethereum mining pool, which yesterday officially announced the launch of its staking service.

We are proud to announce Ethermine Staking!

Ethermine Staking is an investment based on ETH_STORE, an objective and transparent reference rate based on Ethereum Proof-of-Stake.

In fact, staking ETH on the new Beacon Chain necessarily involves investing at least 32 ETH on one’s validator node, in addition to having to install and manage a validator node. For this reason, some node holders also offer third parties the opportunity to participate in staking with much smaller amounts of ETH. Ethermine, for example, offers it as low as 0.1 ETH.

To date, the mining pool claims to already have 393 ETH in staking, with an annual rate of return of 4.43% in ETH called ETH.STORE.

A chart is also posted on Ethermine’s official staking website comparing the ETH rate of return of direct staking on the Beacon Chain and Ethermine’s ETH.STORE.

ETH.STORE is a benchmark rate created by Bitfly calculated based on the average daily financial return for Ethereum 2.0 validators.

It must be kept in mind, however, that ETHs staked directly on a Beacon Chain validator node cannot be withdrawn until an unlocking decision is made by the Ethereum developers.

Since with the Merge, PoS will replace PoW, in fact, staking will replace mining, although they are two different things. So, it is quite normal that those who were offering mining services on ETH might now start offering staking services.

A book on Proof of Stake

To give more information about how Proof-of-Stake will work on Ethereum after the Merge, the celebrated co-founder, Vitalik Buterin, announced the launch of a special book.

"Proof of Stake", the (physical and digital) book compiling various writings I've made over the last ~10 years, will be out in a month!

You can get a signed digital copy and NFT here: https://t.co/RCZPHs9rpe

My share of the proceeds all goes to @gitcoin grants public goods!

It will be simply titled “Proof of Stake” and will be a book in both print and NFT format, and will collect various writings from Buterin’s last 10 years. It will come out in a month and Buterin himself in the tweet stated that he will donate all profits he receives from the sale of the book to Gitcoin.

The post Ethereum: Ethermine switches to staking with Merge appeared first on cryptodailynews24.com.