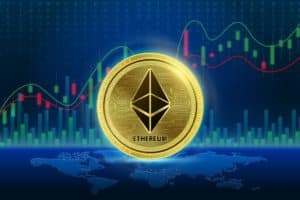 Ethereum continues to outperform in July and August

According to the latest CryptoCompare report, Ethereum continues in its bull run, outperforming the market in both July and August.

Ethereum-based products benefit from the rise

In fact, even at a more granular level, no Bitcoin products covered in this report recorded AUM or volume gains in August.

These are some of the findings from the company CryptoCompare’s latest cryptocurrency markets report just released, in which experts write:

“We could be seeing interest move away from Bitcoin in the short term, as Ethereum-based products hold the attention with the much-anticipated merge on the horizon.”

Following the numerous collapses that have occurred in recent months, Terra with its stablecoin UST in May, Three Arrows Capital in June, and Celsius in July, traders may now be trying more diversification of their cryptocurrency portfolios.

At least that is what the report’s data shows, as under-management investments in non-Ethereum and Bitcoin-related products saw the largest AUM gains, up 12.3% to $1.13 billion.

For the first time since December 2021, Grayscale’s Bitcoin Trust Product (GBTC) lost its position as the most traded product. The average daily volume of the fund was $42.3 million (-24.4%).

Over the past two months, Ethereum has outperformed the crypto market

Highlights from the AUM performance report

According to the data that emerged, it appears that traders maintain a bearish stance on Bitcoin. All Bitcoin-based trust products saw average daily volumes decline in August, in contrast to most Ethereum-based products.

“In August, the bearish sentiment towards Bitcoin can be seen more clearly when looking at the premium or discount history of the ProShares long (BITO) and short (BITI) strategy ETFs. An ETF can trade at a premium or discount during times of high volatility, forcing the underlying Net Asset Value (NAV) per share to differ from the trade price.”

Average daily aggregate product volumes of all digital asset investment products decreased by an average of 1.01% to $131 million from July to August.

The post Ethereum continues to outperform in July and August appeared first on cryptodailynews24.com.