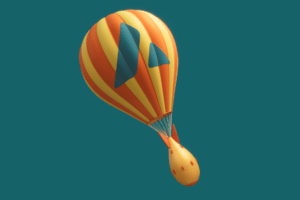 In some videos going around the web, Kyle Roche, a lawyer for the company behind the development of the Avalanche blockchain project, bragged about being friends with the company’s CEO and making ad hoc lawsuits against its direct competitors.

Avalanche founder Emin Gün Sirer actually knows Roche but says he is totally uninvolved in the affair, specifying it is not in his modus operandi to use such means.

Avalanche (AVAX) lost the most ground this weekend, leaving 15% in the field.

Roche believes he was set up and, following a series of veiled accusations, revealed:

“He asked for a meeting with me under the false pretense of investing in venture capital in a tech startup, but his real reasons are now clear: to deceive me and trap me.”

The lawyer’s theory is that he was trapped by a potential investor, namely the person who recorded the videos. According to Sirer, in fact, Roche may have been strutting around a bit too much in an attempt to win over the new potential client, but that precisely would be all it was.

The price reaction of Avalanche (AVAX)

The relationship between Avalanche and the ICP token

This affair is not the only thorny issue. In fact, it turns out that ICP, Internet Computer’s blockchain governance token, has been deliberately tampered with and that those responsible are to be sought in the research firm Arkham Intelligence and the New York Times, which in this case would be guilty of collusion with the aim of damaging Internet Computer’s reputation.

The two incidents, that of Avalanche and ICP would be linked by a double thread according to Roche, who explains:

“These videos were recorded without my consent during private meetings with Christen Ager-Hanssen who I now know works for Dominic Williams, the creator of ICP Token, and the defendant in a high profile securities fraud litigation that my firm has filed against him.”

In the videos, Roche is filmed explaining that he owns 1% of AVAX and lives with Ava Labs COO Kevin Sekniqi in Miami.

“Because I sue half the companies in this space, I know where the market is going. I’ve seen the inside of every single cryptocurrency company.”

Later in one of the videos that emerged, Roche explains how part of his strategy is to bring other companies’ issues to light so that authority is focused on Avalanche.

When asked if Ava Labs had sued a competitor, Roche explained that it had not, but how there was a plan to sue Solana, for example.

Ava Labs is on the defensive

According to the Crypto Leaks newspaper, where the incriminating videos were first published, the instigator of the lawyer’s unprofessional actions is Ava Labs itself:

“Until proven otherwise, we have to assume that Ava Labs may even have directed Roche Freedman on what confidential information they should collect from the industry.”

Sirer for his part stated:

“Roche only represented Ava Labs in a defensive capacity in a couple of common corporate contract disputes and myself in a libel case. His firm is one of more than a dozen law firms we employ. Let me be absolutely clear: not. we commit or support any underhanded tactics suggested in the article or in the video clips. We believe in what we are building and we do not need secret deals or behind-the-scenes intrigue.”

In short, a real scandal in the cryptocurrency world, which would involve multiple companies and attempts at insider trading as well. In any case, everything remains to be seen. This information has not been confirmed and no trial has been held yet, so events could still change and turn around.