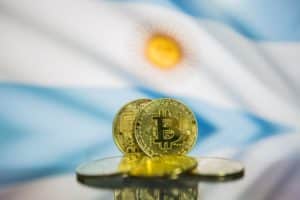 The South American province of Mendoza, in western Argentina, has decided to accept Bitcoin and other cryptocurrencies for tax payments.

Specifically, this is the Mendoza Tax Administration (ATM), which has added on its official website the possibility of paying taxes in cryptocurrency since last August 27.

The government, however, will not keep any kind of cryptocurrency, but they will be immediately converted into pesos by an online payment company that has not yet been revealed.

As early as 2021, a bill was introduced in Argentina that would have introduced salary payments in Bitcoin and cryptocurrencies. Later the country’s president hinted that he was open to the idea of adopting Bitcoin and introducing a Central Bank Digital Currency issued by the central bank.

Also in April 2022, Argentina was considering the use of Bitcoin precisely to curb a seemingly unstoppable inflation rate, somewhat as had happened in Venezuela.

Subsequently, however, the Central Bank of the Argentine Republic had decided to block cryptocurrency trading launched four days earlier by other Argentine banks.

Mendoza now accepts Bitcoin and other cryptocurrencies for tax payments

Where to pay taxes in cryptocurrency around the world

Of course, this is not only possible in Mendoza, but also other parts of the world, such as in some regions of Switzerland, El Salvador, etc…

First of all, in El Salvador, since Bitcoin has become a current and official country’s currency, it is also possible to pay taxes on it.

Even in Buenos Aires, in the very capital of Argentina, it will soon be possible to pay taxes in cryptocurrency, as announced last April.

According to news from December 2021, even in Florida from 2022 or 2023 businesses will be able to start paying taxes in cryptocurrency.

It is already, however, possible to do so since 2021 in Switzerland and specifically in Zug thanks to the support of the Bitcoin Suisse bank. It has also been in Chiasso since February 2018 and also in Lugano thanks to the Plan B initiative. Although this has been possible for a long time, it seems that not many people are inclined to spend cryptocurrencies to pay their taxes and, at least in 2018, only one person decided to pay them in Chiasso using cryptocurrencies.