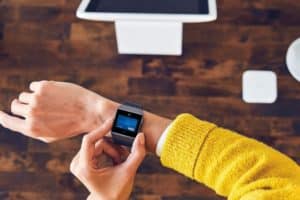 The payments giant, Visa, announced that it has issued more than 4 billion tokens through Visa Token Service (VTS), surpassing the number of its physical cards in circulation.

Visa and the more than 4 billion tokens issued worldwide

Visa, a leader in global electronic payments, announced that it has issued more than 4 billion tokens worldwide through its Visa Token Service (VTS) technology, surpassing the number of its physical cards in circulation.

Specifically, VTS replaces 16-digit Visa account numbers with a digital token that only Visa can unlock, thereby helping to protect the account information itself from fraudsters and bad faith parties.

Within a year, it appears that Visa has doubled the number of tokens issued as a milestone that confirms the level of payment security the tokens provide to merchants, issuers, and consumers.

In this regard, Jack Forestell, Executive Vice President and Chief Product Officer of Visa, said:

“Tokenization is a simple, yet effective concept that Visa has pioneered: preserving and reducing sensitive payment data to prevent fraud and make digital payments more secure. The rise of issuers, acquirers, merchants, and consumers confirms that the future of money can only be digital and based on trust.”

Record of the number of tokens issued

Visa: tokens to protect customers from scams, fraud, and ease of use

In its announcement, Visa defines tokens as the “security guards” of online shopping, from which the entire payments system composed of issuers, acquirers, merchants, and consumers can benefit, with many advantages.

And in fact, an analysis by the payments giant reports that among more than 8,600 issuers and 800,000 merchants, Visa tokens have reduced fraud rates by up to 28% and increased approval rates by 3%, increasing merchants’ sales and saving them fraud-related expenses.

Not only that, but token-related authentication is also an advanced technology for Visa that helps protect customer data wherever transactions take place. And in fact, this type of authentication 2.0 is tied to tokens and tools such as Visa’s Cloud Token Framework (CTF).

Late last month, Visa announced that it had increased the number of transactions by 16% over the previous year. Specifically, the payments giant totaled 49.3 billion transactions in the second quarter of 2022.

A staggering performance of the centralized payments network, which, however, was compared by Morgan Stanley to Bitcoin’s Lightning Network (LN), the second layer dedicated to scalable transactions of the cryptocurrency queen.

According to Stanley, the LN allows users to transact instantly, experiencing explosive growth of 410% each year.

At the time of writing, LN’s capacity is above 4,500 BTC and that is the equivalent of more than $98 million immobilized within its protocol to enable transactions faster and cheaper.