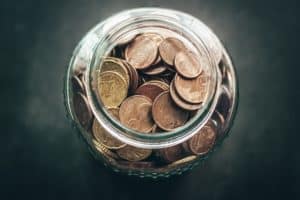 The extraordinary parable of Millennials and Gen X, possible witnesses to a before and after Euro

A swallow does not make spring, just as a contract notice does not lead to a conclusion, but what has just happened may hint at a not-so-rosy future for Italy.

Bank of Italy: a €16 million contract to purchase ink for banknotes

The Bank of Italy, by public contract No. 98 of August 24, 2022, published in the Official Gazette notice about the awarded tender for “Purchase of inks for banknote printing.”

The notice from Via Nazionale shows how the Swiss company SICPA SA, headquartered in Prilly, avenue de Florissant 41 in Switzerland, was awarded a €16,393,442 contract to supply the Italian state through the country’s Central Bank with inks for printing banknotes.

This would be normal if monetary sovereignty belonged to the Italian state, but the use of the word banknotes in the sentence precludes the fact that the ink can be used to draw up securitized securities such as BOTs, or checks from the Bank of Italy, so the direction can only be one.

The prerogative to “print money” is relegated exclusively to sovereign Central Banks, such as the Federal Reserve in the United States or the ECB in Europe, or as the Bank of Italy could do until 1999, the last year of monetary sovereignty for Italy when the Lira was the legal tender.

Prilly’s company, as reflected directly on its website, was found to be in the business of providing security inks for sensitive currencies and documents, including identity documents, passports, transportation, and lottery tickets.

Without leaping to fanciful conclusions and wanting to stick to the facts, the Bank of Italy spent just over 16 million euros to purchase inks from a really existing Swiss company that does just that, without being able to print currency in any way.

Possible end of the Euro?

The economic situation in Italy

The picture of the macroeconomic situation is not the best. The Italian public debt amounts to 2766.4 billion euros while the debt-to-GDP ratio is 150%. This means, wanting to simplify a lot, Italy accumulates more debt than it collects and, therefore, what is of concern is not so much the amount of debt itself, but the ability to be repaid. Combine this with double-digit inflation, and the country seems doomed to failure.

An attack from the sharks of global finance could be a feral blow for the country, which would have a future similar to Argentina.

Countries such as France, Germany, the United States, and China, which are strongly linked for commercial and financial reasons to the Bel Paese, might have an interest in the latter exiting the European Union, or at least the Euro, minting a new currency and printing so that they can slowly get back from their exposure and not create too many problems for the investments made by these states on Italian soil.

In all this, it is curious how the Millennials, the generation born according to the dictates between 1980 and 1995, along with the previous generation (Generation X), have experienced the birth of the Euro, its decline, and finally, a new currency.

The record just described is very exclusive, and many pages of recent history pass in between, when one considers that the single currency entered Italy only 22 years ago.

The facts are real, but no element to date can point to the country being outside the Euro or even the European Union, but the information is required to be present and fulfill its duty to inform, without coming to hasty conclusions, but with the vocation to service to which it is called.

The post The extraordinary parable of Millennials and Gen X, possible witnesses to a before and after Euro appeared first on cryptodailynews24.com.