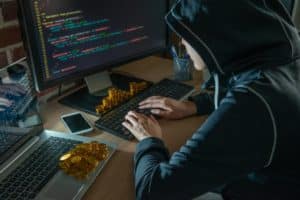 Story of the Mt. Gox exchange

The story of the first major failure in the cryptocurrency world, Japanese exchange Mt. Gox.

Mt. Gox, from birth to failure

Mt. Gox was the world’s leading cryptocurrency exchange for four years from its founding in 2010 to 2014. It was initially founded in 2007 by a programmer, Jed McCaleb, as a card exchange for a popular game “Magic.” The name was precisely derived from the acronym “Magic: The Gathering Online Exchange.”

In 2010 it was transformed into a cryptocurrency exchange, which from the beginning was a huge success with users around the world. By 2013 it held about 70% of all global cryptocurrency exchanges. In February 2014 it was the subject of the biggest hacking episode of all time, which took about 850,000 BTC. Because of that episode in April of that year, the exchange had to file for bankruptcy.

In fact, hacking episodes had already occurred in 2011, when a hacker managed to penetrate the company’s security systems and stole about 2,000 Bitcoins.

It was not until late 2021 that creditors and the Tokyo District Court reached an agreement on Mt. Gox’s rehabilitation plan, ending a seven-and-a-half-year legal battle. The repayment plan for the exchange’s creditors began in July.

The exchange’s power over the years has resulted in a dominant role in Bitcoin trading. In 2013, just to cool the market, the exchange decided to suspend all activity for two days.

It was precisely this outsized role in the cryptocurrency market in those years that attracted many hackers who repeatedly targeted the company’s security systems, until the sad ending in 2014, with the huge theft, which wiped out the accounts of thousands of unsuspecting users.

The attempted reimbursement of embezzled funds

These attacks took advantage of a flaw in the security systems by seizing all the Bitcoins that were deposited in the exchange’s accounts. About 200,000 BTC were recovered over time, during which began a long legal battle waged by exchange users to get part of their embezzled funds.

CoinLab, a major creditor against Mt. Gox, has continued to pursue its multibillion-dollar breach of contract lawsuit against Mt. Gox. In 2019, Mark Karpeles, CEO of Mt. Gox, was found guilty of falsifying data to inflate holdings.

In November 2021, Nobuaki Kobayashi, Mt. Gox’s trustee, announced that 99% of the exchange’s creditors accepted the repayment plan submitted to the Tokyo court.

The rehabilitation plan includes a registration and compensation plan based on different stages for different creditors. Therefore, the repayment timeframe can be expected to be quite long, and certainly, not all creditors will be able to get full satisfaction from it. Considering that Bitcoin’s current prices are significantly higher than in 2014 when the hack occurred, the funds to repay everyone should not be lacking.

The post Story of the Mt. Gox exchange appeared first on cryptodailynews24.com.