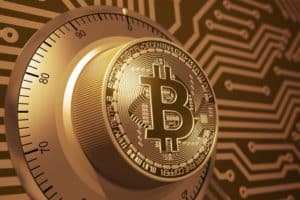 Singapore could follow in El Salvador’s footsteps on Bitcoin

Singapore, the city-state south of Malaysia, attracts capital from around the world and, unlike El Salvador, has a very different balance of state and international reputation. It has long been adopting a detailed regulatory framework to prepare it for the widespread use of Bitcoin among the population, and this suggests that it will follow in El Salvador’s footsteps.

Singapore may be ready to make Bitcoin legal tender

One of the world’s most attractive financial hubs appears to be gearing up to prepare for common and widespread use of the quintessential cryptocurrency.

The state of Singapore has long been in the process of adopting a detailed regulatory framework and measures to make it easy to use Bitcoin even in transfers of value in simple transactions, such as grabbing a coffee or shopping, which suggests that the path being taken is to emulate the country of Nayib Bukele.

The Asian country is a hub for capital from all over the world, and if it adopts Bitcoin it would give a major boost to the digital currency.

The Economist in a survey of 3,000 citizens from countries around the world, brought to light the desire to adopt the new digital gold for common transactions.

The report shows how 37% of respondents hope their governments will embark on a path to emulate the successful experiment in El Salvador where BTC became in effect a legal tender on par with the Bolivar and the U.S. dollar.

The strange thing that came out of the survey is that the same percentage of respondents are also in favor of CBDCs, which turn out to be a way to integrate with Bitcoin in daily transactions. The idea is that people are more comfortable using the currency they already use in paper form, however, digitally, and that this facilitates getting Bitcoin out to people.

The research, The Economist explains, also brings to light how 43% of respondents remain neutral, while 18% say they are against it.

Other countries likely to adopt the same choice

Some states are candidates to follow in the footsteps of the South American country, and among them are Singapore itself, the United States of America, South Korea, the United Kingdom, and Australia. Emerging countries, on the other hand, include the Philippines, Brazil, South Africa, Turkey, and Vietnam.

The people of these countries expressed their eagerness for their governments to legally and practically organize for the full adoption of BTC as a state currency, on par with legal tender fiat currency in the country.

The survey continues by testing the level of appreciation of Non-Fungible Tokens (NFTs), bringing to light how 60% of the sample would buy, sell or collect an NFT.