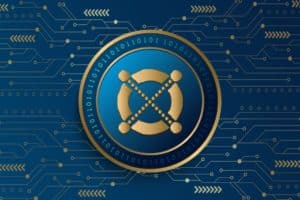 The well-known app Revolut has added Elrond’s EGLD to its available cryptocurrencies.

After the launch of its mainnet in July 2020, the Elrond network has over time become the second largest PoS blockchain in the world, after Ethereum, in terms of the number of validators (3,200). It also calls itself the first carbon-negative European blockchain, as the project was developed mainly in Romania and offsets more CO2 than it produces.

Revolut, on the other hand, is a mobile banking company valued at $33 billion, with more than 20 million customers worldwide, particularly in the United Kingdom and the European Union. Its goal is to increase financial inclusion by enabling its users to buy, hold, and sell cryptocurrencies with ease.

The addition of EGLD to Revolut‘s app will bring this cryptocurrency to a wider audience, offering a new generation of digital natives a token that is used to transfer value around the world.

As for the number of transactions registered on the Elrond blockchain, in the last 24 hours, they have increased by 25%, and this increase may be due precisely to the listing on Revolut.

Elrond was designed with the explicit goal of solving the performance limitations of older first- and second-generation blockchains, so much so that it can process up to 15,000 transactions per second, with the potential in the future to go as high as 100,000 thanks to sharding.

For now, however, the number of transactions does not exceed 100,000 per day, compared to, for example, the 1 billion transactions that are recorded on the old Ethereum blockchain.

“The most innovative and disruptive startups in the fintech field gravitate towards crypto, bringing along unique talent pools and fully engaged communities. When you add to this a vision that transcends its own product and industry, you get a game changer. Elrond is such a project. That’s why we are excited to be able to offer EGLD to Revolut’s customers and help them realize their vision of an inclusive global financial system.”