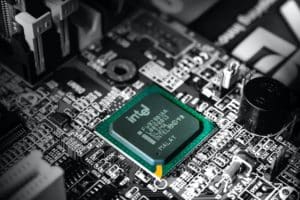 Intel has entered into a $30 billion financing agreement with Brookfield Asset Management (BAM). This is the first semiconductor co-investment program that will help finance the company’s chip manufacturing expansion plans.

The world of chips is in great turmoil, due to the chronic shortage of raw materials, which is leading to major problems in the delivery of the highly valuable microchips that command the world of tech and computing.

In 2020 a series of deals worth a total of about $106 billion, led by Nvidia, which had in September 2020 made a bid to acquire ARM for about $40 billion from Softbank.

In February this year, the deal would later blow up over issues related to some details of the valuation of ARM, which makes chips for smartphones.

This deal, which was blown up at the last moment, strengthened competition from Nvidia, which currently continues to be the world’s largest producer of microchips.

Intel, which is Nvidia’s biggest competitor, in recent days, announced a partnership with Brookfield Asset Management to finance the purchase of a company in the sector, with an outlay of about $30 billion. The same American company is reportedly very close, according to the Reuters news agency, to closing an additional $5 billion deal to build an assembly company in Italy.

In fact, again according to Reuters, Intel’s investment would amount to about $88 billion over the next ten years and would see the construction of new plants throughout Europe. In Italy, the plant is expected to be built in Piedmont or Veneto.

The $30 billion deal, on the other hand, would involve the construction of a new factory in Arizona. The ambitious plan would be the work of the company’s new CEO, Pat Gelsinger, who came on board in January to turn the declining chip maker around. The deal also includes Intel’s purchase of GlobalFoundries, the world’s third-largest independent semiconductor foundry, with its headquarters located in Sunnyvale, California.

Intel is ready for a $30 billion acquisition

Key statements on the current deal

“At this point, we would not say that M&A is critical but nor would we rule it out. Our view is that industry consolidation is very likely. The intense R&D, the need to move to modern and leading-edge nodes, the massive capital investments required, we just simply view that smaller players simply won’t be able to keep up, and foundries without leading-edge capabilities will be left behind. And we’re continually seeking ways to accelerate our plans with IFS. If an acquisition can help, we will certainly not rule it out.”

This would be one of the most important deals in the microchip world since Nvidia’s blown deal a few months ago.

“GlobalFoundries has technologies and processes that are specialized for 5G RF, IoT, and automotive. Intel with GlobalFoundries would become what I call a ‘full-stack provider’ that could offer a customer everything. This is in full alignment with IDM 2.0 (Intel’s chip manufacturing strategy) and would get Intel there years before it could without GlobalFoundries.”

According to some rumors, the deal would also serve Intel to develop its growing new business in cryptocurrency mining chips, which the U.S. microchip company is reportedly investing heavily in, after it announced in July its upcoming launch of the new ASICS for mining.

The post Intel’s $30 billion deal for a new acquisition appeared first on cryptodailynews24.com.