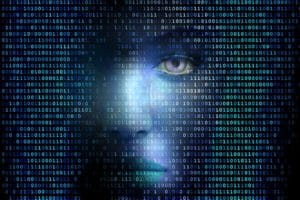 Ethereum has quadrupled “bug bounties,” increasing the rewards from $250,000 to $1 million for those who discover code bugs before the Merge update, scheduled for Sept. 15.

In anticipation of the much-discussed Merge update, Ethereum wants to be increasingly sure that the code is clean of bugs.

To move this forward, with the support of friendly hackers, the Ethereum Foundation has decided to increase by 4x the “bug bounties,” namely the rewards for those who discover bugs in the code.

The non-profit foundation behind the Ethereum blockchain is quadrupling the rewards it will pay to friendly hackers who uncover bugs in the code of its much ballyhooed software upgrade to as much as $1 million https://t.co/z4jpqdohMe

“The non-profit foundation behind the Ethereum blockchain is quadrupling the rewards it will pay to friendly hackers who uncover bugs in the code of its much ballyhooed software upgrade to as much as $1 million.”

The bug-bounty program has, therefore, offered payments of up to $250,000 and a place on its leaderboard to hackers who discover critical errors. That was all until yesterday when it was announced directly by Mainnet Merge that the increased reward had risen to $1 million.

Ethereum Merge: the date is getting closer and closer

It has been since mid-August that developers and Vitalik Buterin himself have announced that the date of the long-awaited Ethereum Merge update will be around September 15, 2022.

The estimate of the supposed date as 15/9, comes from the knowledge of the fixed number of hashrates, set precisely at 587500000000000000000000000, which, according to bordel.wft statistics reported by Buterin himself should fall in mid-September.

Thus, this is the transition of the Ethereum blockchain from Proof-of-Work (PoW) to Proof-of-Stake (PoS), which includes the end of ETH mining, defining the new blockchain as more sustainable than the previous one.

Specifically, PoS requires validator nodes to immobilize some of their ETH to participate in the validation process, and in return, they are remunerated with ETH from fees and other ETH created as needed.

Staking, as opposed to mining, on the one hand, immobilizes ETHs by making them non-tradable in the market, while on the other hand remunerating those who do so. Once Ethereum’s move into PoS is complete, all ETHs in staking will be made available again to be withdrawn and, if desired, put on the market for sale.

Benefits from the Ethereum Merge

Not even a month after Ethereum’s Merge update, it seems that the news is bringing confidence to the market, so much so that it has already been announced that the city of Buenos Aires, Argentina, will install its own Ethereum node next year.

This will be its own validator node managed by the country’s government, along with the installation of Ethereum client software.

A way to promote the development of flexible regulation for cryptocurrencies in Argentina and to actively participate in the Ethereum blockchain.