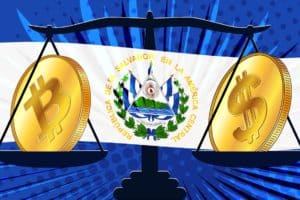 El Salvador: why does Bitcoin adoption seem to have failed?

Why has Bitcoin adoption failed in El Salvador? Almost a year after BTC was made official as a legal currency, the country seems to have not improved its economic-financial situation.

El Salvador is almost a year into Bitcoin adoption.

It was a gamble by President Nayib Bukele to make Bitcoin legal tender in El Salvador on September 7, 2021, but almost a year after its adoption, the country’s economic-financial situation does not seem to have improved.

In fact, according to reports, Bitcoin has not transformed El Salvador’s economic reality and this is partly because of the long “crypto winter” that has touched the sector since the beginning of 2022.

And in fact, government-held BTC lost about 60% of its assumed value during the recent market crash. Bitcoin use among Salvadorans has also plummeted, and the country is running out of cash after Bukele failed to raise new funds from cryptocurrency investors.

With these results, critics say the Bukele government shows shortcomings, calling it authoritarian and image-centric, raising doubts about the financial sustainability of its ambitious plan to modernize El Salvador.

Yet Bukele’s choices as of last September were promising. His government had allocated the equivalent of 15% of its annual investment budget to try to entrench Bitcoin in the national economy.

Not only that but to boost BTC adoption among its citizens, as early as October Bukele established Chivo Wallet, the state-run wallet, offering $30 (nearly 1% of what an average Salvadoran earns in a year) to each citizen who would download and use it. The result was that nearly 3 million Salvadorans would download the wallet app, nearly 60% of adults.

The main problem is that after the collapse of BTC, only 10% remained active users of Chivo.

Remittances to send/receive in Bitcoin as an alternative to traditional payment channels also accounted for only 2% of the total.

Despite these financial problems, Bukele’s popularity seems unaffected. On the contrary, polls show that more than eight out of 10 Salvadorans continue to support the president, thanks in part to his widely supported crackdown on criminal gangs and fuel subsidies that have eased the burden of global inflation.

Going back in time, to the famous September 7, 2021, Bitcoin was worth $47,000, riding the bull market wave. In fact, just a couple of months later, the price of the queen of cryptocurrencies would touch its ATH – All-Time High (or all-time high) above $67,500.

This is precisely the time when the first BTC had been purchased by the Salvadoran government and given to its citizens in exchange for the use of the Chivo Wallet.

The situation would have been better if there had not been the unexpected “crypto winter” that has been accompanying all of 2022.

The post El Salvador: why does Bitcoin adoption seem to have failed? appeared first on cryptodailynews24.com.