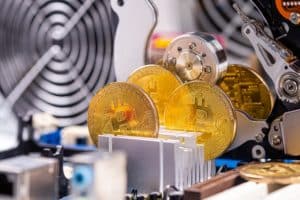 Does Satoshi Nakamoto have “only” 1.1 million Bitcoins?

Bitcoin’s creator, the anonymous Satoshi Nakamoto, is estimated to have about 1.1 million Bitcoins. But is this estimate safe?

No, it is not a safe estimate at all.

The problem is that the public addresses belonging to Satoshi are not known for sure, so there is no certainty about how many Bitcoins he or she owns.

In fact, it is believed they are so many that it is extremely difficult to track them all. What’s more, Satoshi has practically never used the mined BTCs, so there is also no way to reconstruct the situation by tracking their transactions since there are practically none.

The truth is that even those 1.1 million BTC held are not to be considered a certainty.

In fact, the estimate was made using a pattern that was detected in Bitcoin mining in the first two years, namely 2009 and 2010. Since 2011 Satoshi has then completely lost track of his persona.

This pattern has been named “Patoshi,” from the union of pattern and Satoshi, and it takes its start from Satoshi’s only certain address, namely the one to which was credited the first 50 BTC ever mined with the block zero (Genesis Block) on January 3, 2009.

Satoshi managed to mine thousands of blocks, but each time it was used a different address to cash in the prize. Thanks to the Patoshi, what might be the addresses used by Satoshi up to 2010 have been identified, and to calculate that in total it was cashed in about 1.1 million BTC this way.

This estimate is far from certain, however, and serves only to give an order of magnitude of how much Satoshi may have cashed in by mining BTC in 2009, which is when there were very few miners. It should also be remembered that at that time there was still no exchange where Bitcoin could be sold.

The bitcoin community generally considers this estimate reliable, but it is by no means certain that the Bitcoins owned by Satoshi are only these.

The Reliability of the Patoshi

For one thing, the Patoshi may not be complete, and so there may be other addresses used by Satoshi to collect the mining premium and not known to us. Thus, 1.1 million BTC could be a default estimate of Bitcoins cashed in by Satoshi, and never spent.

Then there is also the possibility that Satoshi received BTC from other sources, on other addresses in no way identifiable.

Therefore, although it is not 100% certain that Satoshi cashed in 1.1 million BTC in 2009/2010 through mining, this estimate is now considered credible by many. However, Satoshi may well own more than that, given that Bitcoin’s value at the time was minimal – as evidenced by the 10,000 BTC paid in 2010 for two pizzas – and so transactions on average consisted of very large amounts of Bitcoin.

It is not even known whether Satoshi is still alive, as there was never any trace of him or her after 2011. Many think could be dead, which would justify why were never used the BTCs in the mentioned wallets.

The strangest thing about this story is precisely the fact that those 1.1 million BTC all still stand on the public addresses on which Satoshi cashed them in. This suggests that perhaps Satoshi also had other addresses used for transactions, unknown to us.

It should be mentioned that by the time Satoshi is believed to have stopped mining, which is when the patoshi ends, a total of only 1.8 million BTC had been created by mining, so more than 60% would have been cashed in. The following year (2010) another 3.4 million were mined, and Satoshi disappeared right around that point, which was in early 2011.

The post Does Satoshi Nakamoto have “only” 1.1 million Bitcoins? appeared first on cryptodailynews24.com.