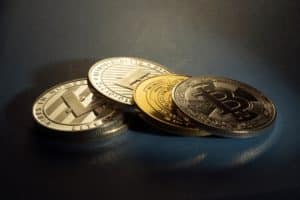 It has been talked about for a long time that digital currencies could be used by the Russians, as well as North Korea or Iran, to circumvent tough sanctions imposed by the international community.

Getting around sanctions: The Ukraine strategy

A few weeks after the outbreak of war, the Ukrainian government had expressly requested many exchanges to ban Russian users from using cryptocurrencies precisely to avoid the possibility of circumventing sanctions.

Now sounding the alarm in this regard comes a British body specifically dedicated to the suppression of property crimes and in particular to counter money laundering and tax evasion. The Joint Money Laundering Intelligence Taskforce (JMLIT) has identified the use of cryptocurrency assets by designated persons (DPs) to move significant sums of money and evade the escalating sanctions currently in place against Russia after the invasion of Ukraine.

This alarm comes after some data show that cryptocurrencies have grown significantly in recent months in Russia, where at least $214 billion of cryptocurrency would be stored and the country would now become the third largest mining destination in the world.

The large availability of energy commodities has made the country one of the top destinations in the world for Bitcoin miners, after the ban imposed on them by Chinese authorities. In July, the Russian Central Bank announced the possibility of legalizing cryptocurrency mining in the country.

Cryptocurrencies as an excellent tool to circumvent sanctions

The JMLIT points out that the poor controls and lack of compliance regarding the rules in the digital asset market would offer a unique opportunity for the Russians to partially circumvent the weight of the imposed sanctions. According to rumors, British authorities in recent days have also detained about a dozen people involved in shady financial transactions with cryptocurrencies.

“As DPs continue to take advantage of the growing crypto network to transfer assets, businesses across the sector are leaving themselves heavily exposed to potential money laundering.

“It’s therefore imperative that regulated firms step up their due diligence and put effective AML procedures in place, and arguably the most accurate way to do so is with electronic verification and a cloud-based AML system.”

The risk then is that so-called cryptocurrency mixers such as Tornado Cash, which ended up in recent weeks in the eye of the storm precisely because of the serious allegations of money laundering regarding $4 billion made by Dutch authorities, which also led to the arrest of one of the company’s developers.

According to the charges, companies such as Tornado Cash were created precisely to circumvent anti-money laundering and tax evasion laws. But the CEO of Terra himself, which collapsed miserably two months ago, shaking the entire cryptocurrency market, also faces money laundering charges brought by Korean authorities.