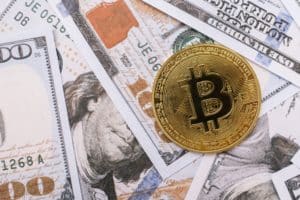 Law Society of England and Wales has its say on Bitcoin

It is an association that has been in existence since as early as 1825 and is often consulted by Parliament or the British government in making important legal decisions.

Its opinion on Bitcoin therefore cannot be ignored, because it could prompt British regulators to act accordingly.

It recently posted on its website a response to a specific question regarding the use of Bitcoin as payment to purchase real estate.

The question came from the money laundering watchdog of a specialized transportation company. The company is completing a £795,000 transaction for the sale of a property, and the buyer’s funds were found to have come from an investment in Bitcoin.

The response from the Law Society of England and Wales is that the transaction in question should be treated in the same way as a cash payment in the UK, therefore, with “a high risk of money laundering.” In fact, they suggest considering the risk of Bitcoins deriving from criminal activity to be “significant.”

They say that the money laundering officer who asked the question should take steps to establish that the original funds used to purchase BTC came from lawful sources, and trace their movements back to those that will be used to pay for the property.

For these types of transactions, Bitcoin can be compared to cash, according to the Law Society of England and Wales

The factors to be monitored to identify money laundering operations

Furthermore, the officer would also need to verify that the funds from the original source claimed by the customer were then actually invested in Bitcoin and that this investment, then in fact generated the funds to be used to pay for the purchase of the property.

They also state that it would be necessary to check that the cryptocurrency service provider used is regulated by the Financial Conduct Authority (FCA). In fact, should it be supervised by FCA for AML this could reduce the risks.

In the end, they advise the officer to hire an expert to help with this analysis.

However, at the same time, they admit that there is no specific guidance from the Law Society on this issue, so much so that they state that more thought would need to be given to this asset. And they call Bitcoin “a type of digital currency which some individuals and businesses now use,” and that “operates independently of a central bank.”

A considerable degree of caution shines through in this response, but it does not seem at all to suggest that the Law Society of England and Wales is against the use of Bitcoin. Rather, the response admits the use of BTC to finance the purchase of the real estate, merely raising doubts about the lawful origin specifically of those funds.

Given that such views are also taken seriously by the UK government and Parliament, the question regarding the problems that using Bitcoin as a means of payment in the UK can give seems to focus specifically on their tracking. Moreover, tracking on-chain transactions in BTC can be exceedingly easy, whereas much more complicated would be tracking sterling transactions if they were made in cash.

The post ​​Bitcoin same as cash for the Law Society of England and Wales appeared first on cryptodailynews24.com.