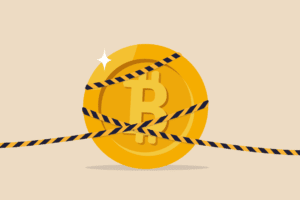 US: a congressman demands answers on Tornado Cash ban

Minnesota Congressman Tom Emmer has officially asked the Secretary of the Treasury for answers on the issue related to Tornado Cash.

I sent a letter to Treasury Secretary Yellen regarding the unprecedented sanctioning of Tornado Cash. The growing adoption of decentralized technology will certainly raise new challenges for OFAC. Nonetheless, technology is neutral and the expectation of privacy is normal.

Emmer, in fact, sent an open letter to Secretary Janet Yellen, asking her to explain why her department sanctioned Tornado Cash.

The ban on Tornado Cash by the U.S. Treasury

Tornado Cash is a decentralized smart contract-based service, and it is the first of its kind to be sanctioned and banned by the U.S. Treasury Department.

“The sanctioning of neutral, open-source, decentralized technology presents a series of new questions which impact not only our national security, but the right to privacy of every American citizen.”

Thus, he is not referring to the arrest of the Tornado Cash developer in the Netherlands, but to the fact that the U.S. Treasury Department has decided to apply blanket sanctions to a service without managers where users, not creators, are responsible for any misuse.

On the contrary, according to Emmer banning software based on decentralized smart contracts would go against what has been previously decided by FinCEN (Financial Crimes Enforcement Network), so it would seem unfair.

That is why he is asking for an explanation on the matter after the Treasury’s Office of Foreign Assets Control (OFAC) added the Tornado Cash website to the blacklist of tools that U.S. citizens are not legally allowed to use.

Emmer’s letter echoes some of the concerns that began to circulate in the cryptocurrency industry after OFAC’s decision, while sharing concerns about possible illicit uses of the service, partly because as the Minnesota congressman says the technology in itself is actually neutral because the need for privacy is normal.

In this regard, he cites the precedent of FinCEN, another Treasury agency, which said in 2019 that anonymizing software is not subject to Bank Secrecy Act obligations.

Users who have made lawful use of it

He then also raises the issue related to those legitimate Ethereum addresses, and not used for any illicit purpose, to which funds were sent via Tornado Cash for the very purpose of demonstrating how easy it is to harm even perfect innocents when a neutral technology is banned tout court.

In this regard, Emmer wonders whether these U.S. citizens have unknowingly and unwillingly violated any laws or regulations and whether they are therefore liable to prosecution under the law.

The congressman also questions whether decentralized smart contract-based instruments can reasonably receive due process, and appeal against possible penalties, given that they have neither a manager nor a single responsible party.

A response from Yellen and the U.S. government is now awaited, although the issue still seems decidedly complicated for now, and it is possible that government authorities may prefer to defend the actions of their agencies.

The post US: a congressman demands answers on Tornado Cash ban appeared first on cryptodailynews24.com.