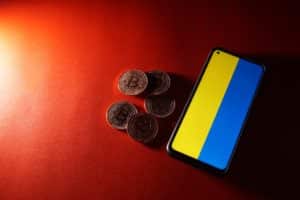 In a covert operation, Ukraine manages to freeze and seize funds from a crypto wallet that was intended to finance the Russian war machine.

The war in Eastern Europe seems to be being fought on several fronts, and leaving aside, for the moment, the recent tensions in the former Yugoslavia between pro-Russian countries and those protected by the Atlantic pact, the new battleground is the cyber one.

In a counterintelligence operation, in fact, Ukraine has succeeded in blocking a channel that has long been able to secretly finance the Moscow government and its military. It was a cryptocurrency wallet that was accumulating substantial resources from unspecified backers.

Officials in charge of the operation explained that the funds were spent to provide tactical equipment for separatist forces traceable to Russia in the east of the country.

The sum seized by the SBU (Ukrainian intelligence service) amounted to 800,000 hryvnia, which corresponds to about $22,000.

Ukrainian intelligence said they were aided by cryptocurrency companies for the operation, and this sets an uncomfortable geopolitical precedent that could impact any future business transactions if they come to light.

Chainalysis reported in a statement that last month 54 pro-Russian groups amassed more than $2.2 million in cryptocurrencies.

These organizations, all operating between Donetsk and Luhansk, obtained the donated amounts mainly in Bitcoin (BTC) and Ether (ETH), but also in other cryptocurrencies such as Dogecoin and Shiba.

The cryptocurrencies seized were intended to finance Russian spending

The donations to Zelenski’s country

In a tweet, Ukraine’s Minister for Digital Transformation, Mykhailo Fedorov, said $54 million in cryptocurrency funds were raised through the Aid For Ukraine initiative and were aimed at purchasing bulletproof vests, medicine, night sights, and vehicles for the Zelenski army.

Crypto donations are not, however, a prerogative of the Russian and Ukrainian governments and the more or less paramilitary organizations that revolve around them. Philanthropy has been a constant in this war, and many funds aimed at the purchase of medicine, clothing, and foodstuffs have come copiously from international humanitarian organizations, but also from prominent figures in the cryptocurrency world such as, for example, Vitalik Buterin, who tried in vain to remain anonymous.

WhiteBIT, an exchange with Ukrainian roots, has offered to support Ukrainian refugees in its locations abroad. In addition, the world’s largest cryptocurrency exchange, Binance, has issued a special card for Ukrainians forced from their homes that based on cryptocurrency allows these people a decent survival wherever they are.