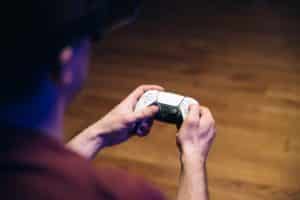 In the United Kingdom, Sony PlayStation is facing a class action lawsuit with a $6 billion damages claim for abusing its position by imposing “excessive and unfair” prices on its games.

The famous video game console manufacturer, Sony, is now reportedly under indictment by its consumers who see it as guilty of abusing its position as the leader of PlayStation by charging “excessive and unfair” prices for its games.

According to reports, it appears that consumers in the United Kingdom are fighting back in a class action lawsuit against Sony over PlayStation, accusing the game maker of overcharging them and demanding nearly $6 billion in damages.

Specifically, the lawsuit has been filed with the Competition Appeal Tribunal in London, and the judges must now approve the suit as an opt-out class action before it can move forward.

If so, certification of that lawsuit would bring to court a claim from 8.9 million customers worth £5 billion ($5.9 billion) in damages.

Anyone in the UK who has purchased digital games or extra content on their console or through the PlayStation Store since August 2016 is included in the lawsuit.

Sony PlayStation takes advantage of its position to “deceive” its consumers

The complaint to Sony PlayStation, then, is that it has “deceived” its consumers with overpricing for games and in-game purchases.

In this regard, Alex Neill, head of the lawsuit, said:

“The drive towards in-game purchases allows companies like Sony to profiteer and abuse their power because they have a captive audience,” Alex Neill, leading the claim, said. “Sony knows its customers are hooked once they are part of the PlayStation world and it exploits them with exorbitant charges on every digital purchase.”

The accusation made against the Japanese giant would also be that it unfairly charges a 30% commission on every digital game or purchase from the PlayStation Store.

A couple of months ago, a team of PlayStation game developers announced that they had produced a new Web3 cross-platform game.

It is the game Ashfall, designed by John Garvin, and involves players having to fight to survive in a dystopian open world marked by global warming and warring enclaves.

It is initially a single-player game, but in anticipation, Ashfall will be available in a transmedia cinematic multiplayer PVP and PVE world, based on a build, sell, and trade economy.