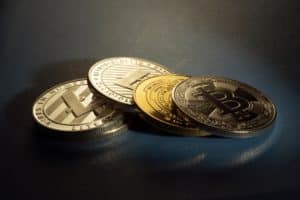 Yesterday Mastercard CEO Michael Miebach revealed on his personal Linkedin profile that the company is working with Binance to enable purchases in more than 90 million stores.

Mastercard has actually been working in the sector for some time now to enable cryptocurrency holders to use its network for fiat payments, but integration with the world’s leading crypto-exchange would still be a big step forward.

The new partnership between Binance and Mastercard

Miebach, in yesterday’s announcement, writes that it is possible to unlock the full potential of blockchain technology by making cryptocurrencies easier to use. One of the ways to do this is precisely to bring cryptocurrencies into everyday purchases.

That is the purpose of the collaboration with Binance, which is to enable cryptocurrency holders to use them to make purchases at more than 90 million stores around the world that accept Mastercard.

The project will start in Argentina, where the national currency inflation is at 71% given that the Argentine Peso (ARS) has been in free fall for a long time.

In the past 12 months, ARS has lost almost a third of its value against the Dollar, so much so that, for example, 1 BTC right now is worth about 2.9 million ARS, or only 37% less than 12 months ago.

Over the years, the free fall of the Argentine Peso is even more evident; as compared to 4 years ago it has lost three-quarters of its value against the Dollar. Over the same period, Bitcoin has grown 114% against the Dollar, and by a stratospheric 1,350% against the Peso.

The challenge between VISA and Mastercard in the cryptocurrency world

In fact, it recently announced the launch in Brazil of a new Bitcoin prepaid card with cashback in BTC.

This is the so-called Ripio Card, created by Brazilian cryptocurrency broker Ripio in partnership with Visa.

It is an initiative of the Brazilian broker but authorized by VISA. The prepaid card will store cryptocurrencies that will be converted into fiat by Ripio only at the time of payment. Most interestingly, however, Ripio will initially give card users a 5% cashback in BTC.

Cashback in Bitcoin could be the new frontier for the success of new payment methods.