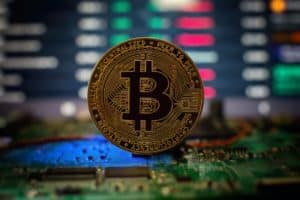 Malaysia’s Kenanga Investment Bank Berhad will launch a Bitcoin and crypto app with the support of the Chinese Alibaba affiliate Ant Group.

Kenanga Investment Bank Berhad, a major private investment bank in Malaysia, is working to launch a cryptocurrency wallet and trading app with the support of Chinese company Ant Group.

Malaysia Kenanga Investment Bank Berhad, to launch a #crypto-friendly app to its over 500,000 clients in 2023.

“Malaysia Kenanga Investment Bank Berhad will launch a crypto-friendly app for its more than 500,000 customers in 2023.”

Basically, the increased interest in Bitcoin and cryptocurrency in Malaysia, despite this long period of “crypto winter,” seems to have prompted Kenanga Investment Bank Berhad to launch this new app.

This news involved Alibaba’s Chinese affiliate, the Ant Group, which was able to support the creation of the cryptocurrency app while staying out of China.

The partnership for the Malaysian cryptocurrency app outside China

As is well known, China has banned cryptocurrencies and all companies that operate with them on its soil. Yet apparently that has not stopped Ant Group from making the Malaysian partnership as long as it works outside Chinese territory.

Through this involvement, Kenanga will be able to use mPaaS, a mobile development network formulated by AliPay App, for its app.

Malaysia seems to be increasingly open to the crypto world and its adoption. And indeed, Kenanga Group CEO Datuk Chay Wai Leong said:

“We look forward to not only unifying a broad spectrum of financial offerings under one roof but more importantly, to make wealth creation more accessible by democratizing financial services for the millions of Malaysians.”

China, the most hostile country toward the cryptocurrency sector, appears not to be doing very well financially. Indeed, from what appeared to Lark Davis just yesterday, it seems that one of the sectors most affected by the Chinese crisis is real estate (nothing to do with cryptocurrencies).

And in fact, Davis reports that 75% of China’s wealth resides precisely in real estate and that this exposes the average citizen to possible bubble bursts in the sector.

This possible crisis or passing financial distress in the country’s real estate sector, Davis continues, could lead to a fallout as severe as that of 2008, especially since China is an integral part of the global economy.