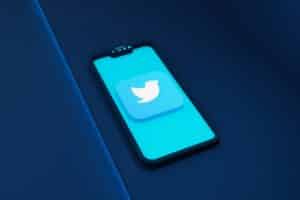 In an interview, former Twitter security chief Peiter Zatko spoke about serious security flaws on the social media that could pose a problem for national security.

Twitter’s former security chief gave a lengthy interview to CNN in which he clearly lays out his concerns in the face of serious flaws in the security system, which he believes could pose a national security risk.

Peiter Zatko also wanted to somewhat agree with Elon Musk, who for weeks has been accusing the company of failing to provide him with all the data he requested specifically regarding the security of some profiles considered bots and, therefore, potentially dangerous to the security and reliability of the social network.

Zatko paints a picture regarding the security of the social network that is chaotic, to say the least. He describes the company as poorly managed and without authoritative leadership and, above all, without there being well-established and clear roles within it.

He also claims that some of the company’s most senior executives have tried to hide Twitter’s serious vulnerabilities and that one or more current employees may even be working for a foreign intelligence service.

Zatko reveals that Twitter does not reliably delete users’ data after they delete their accounts, in some cases because the company has lost track of the information and misled regulators about whether it deletes data as it is required to do.

He also claims that executives have absolutely no idea how many bots may actually be placed on the social media, which allegedly led Elon Musk to withdraw his $44 billion buyout offer a few weeks ago.

Peiter Zatko gets fired for his “uncomfortable” statements

Zatko, who was fired from the company in January, said he tried to warn executives about these serious flaws in the security system, but as a response would receive a letter of termination after a few weeks.

Zatko’s lawyer also stated that there would be no connection between his client and Elon Musk, as some Twitter executives have leaked. His complaint would have come well before news of the Tesla founder’s takeover bid for the social network came out.

Obviously, after the complaint Musk’s lawyers decided to use this testimony in the lawsuit involving Elon with Twitter over its failure to purchase the company.

The link to the lawsuit between Elon Musk and Twitter

“We have already issued a subpoena for Mr. Zatko, and we found his exit and that of other key employees curious in light of what we have been finding.”

After the CNN interview, which made much noise, a Twitter spokesperson immediately responded to Zatko’s allegations by calling them false and specious:

“Mr. Zatko was fired from his senior executive role at Twitter in January 2022 for ineffective leadership and poor performance,” the Twitter spokesperson said.

“What we’ve seen so far is a false narrative about Twitter and our privacy and data security practices that is riddled with inconsistencies and inaccuracies and lacks important context. Mr. Zatko’s allegations and opportunistic timing appear designed to capture attention and inflict harm on Twitter, its customers and its shareholders. Security and privacy have long been company-wide priorities at Twitter and will continue to be.”

The same spokesman claimed that Zatko has had a very contentious relationship, from the very beginning of his Twitter venture, with Parag Agrawal, the company’s former Chief Technology Officer who was appointed CEO after Jack Dorsey resigned last November and who had personally hired the security chief.

U.S. Senator Dick Durbin, who chairs the Senate Judiciary Committee, after reading the former Twitter manager’s statements, promised to investigate and take further action if necessary to get to the bottom of these alarming allegations.

The post Former Twitter security chief denounces lack of it on the social media appeared first on cryptodailynews24.com.