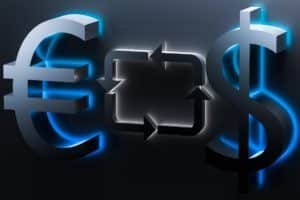 The Euro evens out the value of the Dollar again. It had already happened last month, and this will have consequences that change the state of affairs.

EUR/USD is still in parity after they had already reached this threshold on July 13, which had not happened since 2002.

This time the euro not only reached parity but also went below the value of the U.S. currency, which has consequences between the two economies that need to be analyzed.

Energy tensions between Russia and the EU, the U.S.-Chinese crisis over Taiwan, and the continued strengthening of the Dollar driven by aggressive monetary policy on rates by the Federal Reserve support this performing trend of the Dollar at the expense of the European currency.

First, exports from the old continent will benefit from this situation that creates easier export conditions, including and not only towards the United States, which for Italy, for example, is the third most important market by volume.

In 2021, estimates of Italian product exports to America amounted to $61 billion, and this figure, now net of the inflation data, can definitely grow.

While this may be an advantage for sectors such as fashion, machinery, food and wine products, and mechanics, it is not so for other sectors.

The exchange rate rewards the U.S., not only because of the products they sell but also because since the Dollar is a reference currency, most products follow suit.

Energy in general, oil, and liquid natural gas, which crosses the Atlantic Ocean with ships, will inevitably be more expensive.

The effect of parity on general economic conditions

The trade balance between imports and exports sees Italy as a heavily importing country and especially from the United States and China, so in this respect, there will be no advantages for the Bel Paese at the end of the day, but it will probably be slightly cheaper to do business in Italy.

Tourism mirrors the same picture described above, with overseas travel becoming increasingly expensive for Europeans, but a more favorable reverse flow that will lead the Yanks to pay a few more visits around here.

On the financial and general markets side, it all depends on the exposure each portfolio has to a particular country, ETF, fund, or other financial product. This will perform better if it relates to energy products, for example, just as a financial product that has European stocks in its belly related to the food or tourism sector will certainly perform better than in 2021.