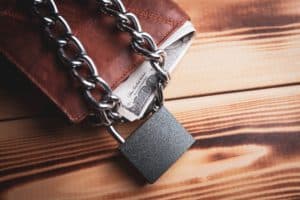 On Monday, the Singapore High Court granted a petition by consulting firm Teneo, the liquidator of the Three Arrows Capital (3AC) fund.

Teneo, the liquidator of 3AC attempts to return funds to creditors

The problem for Teneo is to be able to find all available funds belonging to 3AC, and to do so it needed to be authorized to have access to all of the fund’s financial records. Without the High Court’s authorization, in fact, it did not have access to them, whereas now it will finally be able to verify what all the assets owned by the bankrupt fund are.

Bloomberg reported this, citing anonymous sources with knowledge of the facts, and stating that 3AC’s co-founder, Zhu Su, had already announced plans to relocate to Dubai. The fund, however, was registered in the British Virgin Islands, although it operated from Singapore.

Teneo, which is based in New York, was appointed to handle the liquidation of Three Arrows Capital by the Eastern Caribbean Supreme Court in the High Court of Justice of the British Virgin Islands.

Now the liquidator will have access to the company’s bank accounts, properties, cryptocurrencies, NFTs, and holdings in Singapore to try to raise as many available funds to distribute to creditors.

So far they had only managed to take possession of assets worth a total of $40 million, while 3AC’s creditors have filed claims for more than $2.8 billion.

Meanwhile continues the bankruptcy filing in the U.S., where 3AC is subject to Chapter 15, but Teneo’s lawyers say co-founders Zhu Su and Kyle Davies are not cooperating. Zhu himself had stated on Twitter that the co-founders only provided the liquidators with a spreadsheet showing the assets held by the fund.

With the court victory, Teneo may be able to track down much more than the $40 million raked in so far, but it remains extremely difficult to imagine that it will be able to get to the $2.8 billion required.

The bankruptcy, in fact, is likely due to a loss-making management of the company’s assets, so it is possible that much of the assets that covered the debts were squandered or lost. Creditors therefore should expect a cut in their claims, although the extent of this cut is not yet clear.

3AC went bankrupt as a result of the implosion of the Terra/LUNA/UST ecosystem since it had invested heavily in it in the hope of making large profits. Since it will no longer be possible to recoup the funds lost from these investments, it can be assumed that the total value of the remaining funds is far less than the total value of the debts accumulated over time and not paid.