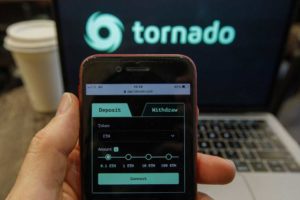 Tornado Cash: Pertsev punished for being created for criminal purposes

The Dutch agency that arrested Tornado Cash developer Alexey Pertsev says it was punishing him for creating a tool to commit criminal acts.

This was revealed by the DeFi Education Fund through a discussion that took place online with FOID itself.

“The development of a tool is not prohibited, but if a tool has been created for the sole purpose of committing criminal acts, for example to conceal criminal flows of money, then putting online/ making available a developed tool may be punishable”.

This suggests, quite prominently, that Pertsev was arrested precisely for developing Tornado Cash, and that the motivation behind this arrest is that Tornado Cash was developed precisely to circumvent anti-money laundering laws, i.e., to commit crimes to that effect.

What is most troubling is that FOID‘s claim does not refer only to the specific case of Tornado Cash, but applies to any software that was created to violate the laws.

Instead, specifically Pertsev is accused of aiding and abetting money laundering, as was stated from the beginning, precisely because he created a tool (Tornado Cash) to do so.

At this point, it can be assumed that in some jurisdictions, such as the Netherlands, all developers who have developed software created specifically to circumvent laws are at risk.

It is no coincidence that many crypto developers want to remain anonymous, such as the legendary Bitcoin founder Satoshi Nakamoto himself, and after what happened to Pertsev the desire to remain anonymous seems to be on the rise.

When it comes to decentralized protocols, anonymity is actually easier to achieve, whereas if it comes to protocols or networks with low decentralization, or centralized, it is much more difficult to remain anonymous.

In addition, it may not always be easy for a software developer to be able to understand what, if any, laws his or her products violate, or encourage the violation of, especially since laws change from country to country.

Pertsev‘s arrest is therefore likely to be a real watershed event in the crypto world, after which non-anonymous developers of crypto software will feel increasingly threatened by those government authorities who hold them accountable for criminal acts committed using their products.

It remains to be seen where the line is between software that is launched specifically to help people break laws, and one that is only occasionally used to do so.

The post Tornado Cash: Pertsev punished for being created for criminal purposes appeared first on cryptodailynews24.com.