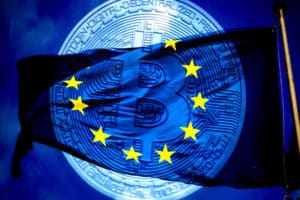 The MiCA is a reality

In America, there has been a move toward stringent regulation, but this varies from state to state and is unique only in its general layout.

China and Australia, on the other hand, have had a contrary path at first of openness on the part of the rising sun and closure on the part of Australia then it went in the opposite direction with Australia ready to welcome new resources and China dedicated to a witch hunt that only fueled the Deep Web and the exchanges carried out on it.

Brazil is still waiting for its own regulation but all indications are that the direction taken is very loose and leaves hands and feet free for the new industry but what do we know about Europe?

For a few years, the discussion stalled as other priorities took over such as Brexit, the Pandemic and now the geopolitical crisis and hyperinflation but finally after several steps between the parties involved a basic framework has been arrived at not without hiccups.

Parliament, the Council and the European Commission last month signed the MiCA or MICAR (Market in Crypto Asset Regulation), which is the framework law to regulate this complex world.

The doubts to be cleared in recent months were about NFTs and how they should be considered (whether on par with cryptocurrencies or differently) and about ETFs another much-discussed but common tool around the world.

Stefan Berger himself who chaired the report on the MiCA recently stood out for selling NFTs he created by announcing it on Twitter wanting to raise awareness of acceleration to bring to fruition this milestone work necessary for the economy of the 27 member countries.

In addition to the anti-money laundering law found in the Transfer of Fund Regulation, the EBA (i.e., the European Banking Authority) will have to draw up a list, (a sort of register) of crypto-compliant operators.

Stablecoins will be subject to extensive checks in terms of solvency and security, and NFTs will be excluded from the MiCA for now and will be regulated by subsequent regulation.

Proof of Work and tokens that take their characteristics will be authorized but subject to more stringent controls than Proof of Stake.

Despite Brexit, Britain still has framework agreements that in the European context it is obliged to respect and adopt subject to reservations, in this specific case it has indicated that it will not adhere to the framework law and will adopt its own ad hoc legislative framework that is rumored to be more friendly among insiders.

The post The MiCA is a reality appeared first on cryptodailynews24.com.