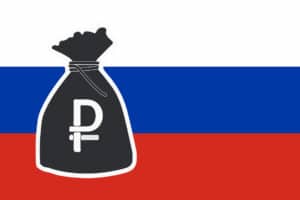 Russia: GDP decline is less severe than expected and Putin criticizes the US

The Ministry of Economic Development of the Russian Federation has said that the decline in GDP in Russia will be less severe than expected, and inflation will also be lower, compared to estimates for the UK and the rest of Europe.

Vladimir Putin, the Russian president, is blaming the US for the effects of their “global economic hegemony”.

According to reports, it appears that despite the continuing war in Ukraine (as of today there have been 6 months of war), Russia’s GDP and inflation will be less severe than expected.

This is stated by the Ministry of Economic Development of the Russian Federation, which points out that the Gross Domestic Product (GDP) of the Russian economy is estimated to be down by 4.2%.

Apparently, Russia seems to be holding up better than thought the sanctions received from the US and other Western countries, totaling 9,117 sanctions from 46 countries. The Russian Ministry of Economy also predicts that inflation at the end of 2022 will reach 13.4%.

Nothing like the inflation in the UK, which already now appears to have exceeded 10%, and the European Union’s inflation rate is expected to be just as high.

Russia: Putin blames the US for the effects of their “global economic hegemony”

Russian President, Vladimir Putin, is seemingly blaming the US for this world crisis situation as well, pointing out that conflicts exist to maintain their world economic hegemony.

And indeed, the latest US move to send Nancy Pelosi to Taiwan was for Putin a “blatant show of disrespect”.

In his speech in Moscow this week, Putin said:

They need conflicts to retain their hegemony,” Putin opined in his speech. “That’s why they have turned the Ukrainian people into cannon fodder. The situation in Ukraine shows that the United States is trying to drag the conflict out, and it acts in exactly the same way trying to fuel conflicts in Asia, Africa, and Latin America. […] The American adventure in Taiwan wasn’t just a trip by an irresponsible politician. It was part of a deliberate and conscious U.S. strategy intended to destabilize the situation and create chaos in the region and the entire world, a blatant demonstration of disrespect for another country’s sovereignty and its own international obligations”.

The ruble is holding out against the US dollar

Another not insignificant indicator is that the Ruble, the Russian currency, is resisting the U.S. dollar.

Last June, the Ruble reached its highest peak in 7 years and was trading at 55.47 US dollars.

Not only that, the Russian Central Bank (CBR) has initiated the development project of the CBDC digital Ruble, scheduled for issuance in the coming years.

The post Russia: GDP decline is less severe than expected and Putin criticizes the US appeared first on cryptodailynews24.com.