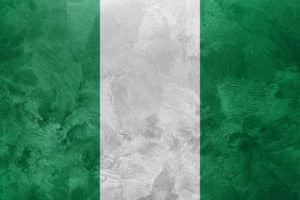 Nigeria seeks to increase adoption of the eNaira CBDC

Nigeria seeks to increase adoption of the eNaira CBDC. Currently, there are 840,000 active users, and the African state has set a goal to increase that number by 10x within the next 12 months.

Nigeria is in the second phase of promoting the eNaira CBDC

According to reports, it appears that Nigeria is looking to increase the adoption of eNaira, a Central Bank Digital Currency (CBDC). Currently, in fact, it appears that only 840,000 users have downloaded the app to use it.

The government’s goal is to reach 10x that number, attracting especially those citizens who do not have bank accounts.

Nigeria is seeking to boost adoption of its digital currency almost 10-fold by luring people without bank accounts https://t.co/yfQh1VUKZ6

“Nigeria is seeking to boost adoption of its digital currency almost 10-fold by luring people without bank accounts”.

This is thus the “second phase” following the launch of eNaira last October, the goal now is to reach an adoption of 8 million users.

Nigeria: get citizens without bank accounts to use eNaira

As of Monday, Nigeria’s CBDC is also available to people without bank accounts, who will then be able to download and open an active eNaira wallet by using the unstructured supplementary service data, or USSD, and dialling *997 from their cell phones.

This was stated by central bank governor Godwin Emefiele, who further added:

“Just like the naira, the e-naira is expected to be available to all Nigerians and will provide more possibilities to bring the unbanked into the digital economy. […] We don’t have a choice but to live with the fact that we are now in a digital economy. The use of cash will dissipate to zero and the use of digital currency will increase to become part of our lives”.

World Bank data reveal that only 200 million people in Nigeria have bank accounts, and that is 45% of the country’s adults.

Moreover, eNaira attracted just over 200,000 transactions worth 4 billion nairas ($9.4 million), just a fraction of the 54 trillion nairas transited through the Nigeria Instant Payment System between January and February 2022.

With the launch of eNaira, Nigeria proclaims itself as one of the first states in the world to adopt a state currency, or CBDC. A move by the government to capitalize on the popularity of crypto by offering its centralized version.

eNaira has an official website and wallet and lends itself to being both a means of payment and a store of value.

Nigeria is among the countries with the highest number of Bitcoin traded. BTC is used as a means of payment but mostly for remittances, with adoption growing steadily. This testifies to how BTC has been interpreted as an asset countering the gradual devaluation of the Naira.

The post Nigeria seeks to increase adoption of the eNaira CBDC appeared first on cryptodailynews24.com.