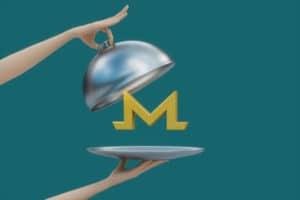 Monero (XMR) is a currency that effectively covers the role of security champion for all those investors who feel this need is a priority; it is a peer-to-peer token designed to be untraceable.

Transactions on the Monero protocol cannot be associated in any way with a specific real-world user since cryptocurrency is fungible.

Each unit of computation is the same and can be replaced with any other unit of the token.

The Ring Confidential Transactions (RingCT) that was introduced 5 years ago has definitely completed the work of obfuscation by managing to hide even the value of both incoming and outgoing exchanges.

Underlying the Token’s birth is CryptoNote, a cryptocurrency research paper with which Nicolas van Saberhagen first delved into this world.

In 2014, Bytecoin’s code base was modified to give birth to Bitmonero, which is simply the ancestor of today’s Monero.

The developers include Riccardo Spagni (FluffyPony), who was the main developer of Monero until he resigned in December 2019.

The token is open source and is funded solely by donations and its own value, however, Monero’s Community Crowdfunding System (CCS) plays the most important function in providing liquidity.

In 2018, Bulletproof was introduced, which is the technology that improved the efficiency of XMR transactions and led to a decrease in the average transaction size for the end user by 80%.

Monero has a total supply of 18.4 million XMR, which is expected to be reached in May 2022, but the currency will continue to issue 0.6 XMR per block forever with the technique called “tail issues” to attract miners.

The last Hard fork occurred 14 August and was a success that also benefited the Token in terms of absolute value.

The post Monero going all-in on efficiency and security appeared first on cryptodailynews24.com.