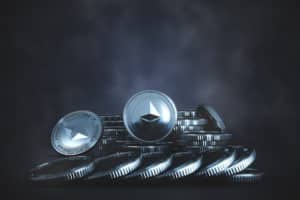 Ethereum: the Merge will not reduce fees

The Ethereum Foundation has updated the ethereum.org website page dedicated to the Merge.

Merge: the change will not reduce fees

Prominent among the changes is the addition of a paragraph titled “Misconception: The Merge will reduce gas fees”.

This paragraph says that the idea that the change in the consensus mechanism, with the shift from Proof-of-Work to Proof-of-Stake, will expand network capacity resulting in lower gas fees is false.

Fees are a product of the demand for transactions to be recorded on the blockchain, and the Merge will not significantly change any parameters that directly affect the ability to record on-chain transactions.

Reducing fees, on the other hand, will only be possible by resorting to layer 2 solutions, such as rollups, with layer 1 unchanged in this respect.

However, the move to PoS on layer 1 will act as a key precursor to expanding the possibility of using layer 2 solutions that will effectively reduce fees.

In other words, just as happened with Bitcoin, with the introduction of the Layer 2 Lightning Network, on Ethereum too it will be off-chain transactions that will enable a significant reduction in fees.

It is enough to consider that, for example, the median fee per single transaction on Bitcoin’s blockchain has dropped from $28 in April 2021 to the current $0.5, precisely because of the migration of so many small transactions to LN.

Something similar could happen on the Ethereum blockchain, where currently the median single-transaction fee is more than double. The Merge will only help the development and deployment of layer 2 solutions that can really bring down fees.

In fact, following The Merge, the Ethereum protocol will implement The Surge, The Verge, The Purge, and finally The Splurge, which are further updates that should greatly aid this process.

Meanwhile, the number of ENS (Ethereum Name Service) domains has exceeded 2 million, whereas only three and a half months ago it was 1 million. The very rapid growth in the use of Ethereum will make it necessary in the future to use more and more Layer 2-based solutions to decongest the Layer 1 blockchain.

and we're just getting started

Only with a significant and sustained reduction in on-chain fees will it be possible for the use of Ethereum to spread into the mainstream, since as of today its deployment is still a long way from true mass adoption.

The post Ethereum: the Merge will not reduce fees appeared first on cryptodailynews24.com.