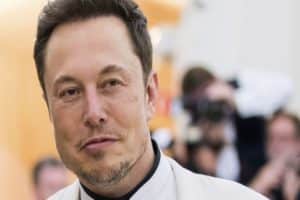 Elon Musk will not buy Manchester United, it was a joke

Elon Musk confirmed that he was joking about his tweet in which he said he would buy the Manchester United team.

Elon Musk and the joke about buying Manchester United

It is nothing new that the richest man in the world, CEO of Tesla and SpaceX, Elon Musk makes jokes on Twitter. This time the joke was only revealed after 4 hours, and it referred to his hypothetical purchase of the Manchester United team.

“To be clear, I support the left half of the Republican Party and the right half of the Democratic Party! Also, I’m buying Manchester United ur welcome”.

And after a few hours, here are the revealing tweets of the prank:

“No, this is a long-running joke on Twitter. I’m not buying any sports teams. Although, if it were any team, it would be Man U. They were my fav team as a kid. And I’m not buying Coca-Cola to put the cocaine back in, despite the extreme popularity of such a move”.

Elon Musk and the billion-dollar sale of his Tesla stock

Before revealing his joke to his social network followers, Manchester United shares reportedly jumped 17% at the start of early trading on Wednesday.

Something that seems to have been no joke, however, was Musk’s sale of Tesla stock for a total value of $6.9 billion.

During the past week, after filing six “Form 4” documents from the SEC for this type of transaction, Musk sold as many as 7,924,107 shares, setting a record for the largest billion-dollar sale.

The post Elon Musk will not buy Manchester United, it was a joke appeared first on cryptodailynews24.com.