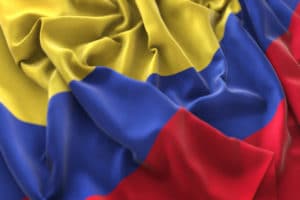 In Colombia, the new government of President Gustavo Petro wants to create a national digital currency to prevent tax evasion in the country.

According to reports, the new Colombian government with President Gustavo Petro, wants to create a national digital currency, or CBDC, to prevent tax evasion and all illicit financial activities in the country.

This was stated by Luis Carlos Reyes, head of Colombia’s National Tax and Customs Authority, who also said that the national digital currency would also aim to facilitate transactions for citizens.

Specifically, the creation of such a currency would be part of a new monetary policy that would avoid cash transactions. And in fact, with the digital currency, Reyes argues that it will not be able to be used physically in any way, unlike what happens with the Colombian peso.

Not only that, CBDC would stop tax evasion, which reportedly accounts for between 6% and 8% of GDP.

In the new monetary policy, it appears that Petro’s government is incorporating additional revenue.

In this regard, Reyes commented:

“One of the important objectives is that when payments of a certain amount are made, they are recorded electronically, this is important to improve the traceability of payments made in the economy. When transactions are in cash, they are not recorded anywhere, and it is easier to make sales that are not recorded [and, therefore] people who have to pay VAT or income tax on these transactions can evade them (with cash)”.

In essence, the new national digital currency would serve precisely to limit cash transactions. At the moment, no details have been revealed about the type of digital currency the Colombian government intends to launch: whether a CBDC or an asset-backed digital currency.

President Gustavo Petro in favor of Bitcoin and crypto

Officially taking office on 7 August 2022, Gustavo Petro became the new President of Colombia, and he had previously spoken out on Bitcoin, establishing himself as a supporter of crypto and Blockchain.

In 2017 he had posted a tweet in which he hinted that cryptocurrencies such as BTC could take power away from the government and traditional banks and return it to the people.

Whereas in October 2021, Petro commented on the choice of Nayib Bukele, President of El Salvador, to mine Bitcoin with geothermal energy from volcanoes, stating that the virtual currency is pure information, and therefore energy.