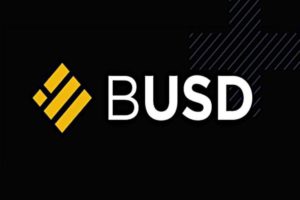 BUSD overtakes ADA and returns as seventh most capitalized cryptocurrency

The battle in the market capitalization ranking between Binance’s stablecoin BUSD and the token of the Cardano blockchain ADA continues.

ADA’s overtaking of BUSD had occurred on 9 August at a time of the token‘s rise near its $0.55 resistance. ADA‘s valuation had reached $18 billion, above BUSD’s $17.88 billion. But on 17 August Binance’s stablecoin performed a counter-run, surpassing $18.5 billion in capitalization against ADA’s $17.9.

Binance USD has quickly become one of the fastest-growing cryptocurrencies in the world, with a variety of use cases and growing demand, at a time when the cryptocurrency and stablecoin markets are certainly under pressure. This is because BUSD, launched by Binance with Paxos in 2019, has taken great care to ensure its robustness and security to the smallest detail. Binance wanted to put the utmost importance on ensuring that every unit of stablecoin could be backed verifiably with US dollars, thus giving peace of mind to its users and providing more credibility to a stablecoin industry, which, especially after the collapse of the Terra/UST stablecoin, continues to be closely watched by all international regulators, who maintain doubts about the soundness of their liquid reserves. 100% of market capitalization would be guaranteed by liquid reserves or similar means.

Cardano, which is considered a possible Ethereum killer because of its blockchain that is more sustainable and cheaper than that of Ethereum, has suffered a heavy downturn in the market in recent months, which has brought the token’s price below $0.5, struggling to break through for weeks. It is no coincidence that behind the giants of the cryptocurrency market, Bitcoin, Ethereum, Tether, Binance Coin, XRP and USD Coin, it has long been the most capitalized cryptocurrency, before indeed BUSD undermined its seventh position.

According to experts, the breaking of the strong resistance at $0.55 could lead to a new rally of ADA, even up to the $1 mark again. Reaching such a level would most likely allow ADA not only to surpass BUSD, but also XRP in the sixth position, which it currently occupies with a market value of $18.7 billion.

The post BUSD overtakes ADA and returns as seventh most capitalized cryptocurrency appeared first on cryptodailynews24.com.