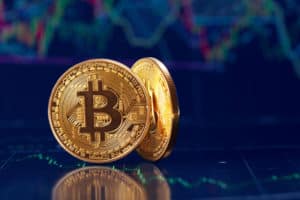 What is Bitcoin Musk?

The hashtag #Bitcoinmusk is getting a fair amount of attention on Twitter these days and many people are wondering what Bitcoin Musk actually is.

It has to be specified right away that this is not a project related to Elon Musk. Moreover, it does not even specifically involve Bitcoin.

In other words, it is a project that seeks to attract attention and interest by exploiting the name of Bitcoin and Musk.

Not surprisingly, it has a new token in pre-sale right now, called BTCMUSK, which is not yet tradable in the markets.

This is thus an advertising initiative that is far from anything legit, trying to convince people to buy one of their tokens by passing it off as something to do with Bitcoin and Musk, but which actually has absolutely nothing to do with neither the crypto nor the Tesla CEO.

Their simple website does not even list the blockchain on which their BTCMUSK token is supposed to be issued, which is nevertheless already being sold in the hope that someone careless will probably get confused thinking that this project is a form of Bitcoin from Elon Musk.

It is also worth noting that on the same website they avoid using Elon Musk‘s first name, and they never write anywhere that their project has nothing to do with him or Bitcoin.

There are even those on Twitter who claim that Bitcoin Musk‘s smart contract has been reviewed and verified by a major crypto company, but the truth is that no smart contract is shown on the official website.

It is worth recalling that the smart contracts of real cryptocurrencies must be public and verifiable by everyone, so to hide it is to want to hide something (assuming such a smart contract really exists).

Some tweets even hint that it may be a real scam.

For example, the one from a blatant fake profile under the name of music star Selena Gomez that seems to invite readers to “invest” in this token.

I still wonder how people say they invested and did not get their profit back, but my case was a different one just my first trial i got my profit back.#Bitcoinmusk #BTCMUSK #NFT #Web3.0 #Blockchain

The fact that on Twitter the hashtag #Bitcoinmusk seems to be quite successful is most likely due to the fake profiles artfully created by the promoters of the initiative, since a great many tweets appear quite clearly just as trivial attempts to promote it by trying to convince people to “invest”.

Unfortunately, there is no way to stop these kinds of initiatives, and Elon Musk himself may not be able to stop them from exploiting his last name to promote such initiatives.

The post What is Bitcoin Musk? appeared first on cryptodailynews24.com.