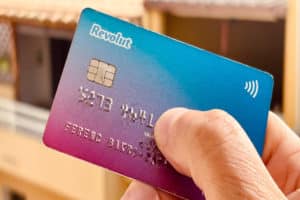 Revolut: you can now buy Bitcoin on the app in Europe

Revolut, the popular fintech app valued at $33 billion, announced today that it has been given permission by the EEA regulator to sell Bitcoin in Europe and the UK through its app.

Revolut has 17 million users in Europe and the UK, so these people will have the opportunity to buy BTC directly from the app. The EEA in which Revolut will then be able to operate this way includes 27 countries including also the UK, Iceland, Norway and Liechtenstein.

In particular, permission to operate has been given to Revolut by CYSEC, which is the Securities and Exchange Commission of Cyprus, and Bitcoin will be precisely sold through a hub that the company will open in the country.

Like all other companies in the crypto sector, Revolut will now have to comply with the MiCA‘s regulatory framework, which was published a few weeks ago and is expected to take effect by 2023.

Technically, it was already possible to trade Bitcoin and other crypto on Revolut’s app in the cryptocurrency section, but now the company has been given official permission to operate.

Revolut’s services in the crypto world

Revolut has been trying to enter the crypto sector for some time, simplifying access through courses organized on the app that also include prizes in crypto and specifically in Polkadot (DOT). Overall, one can trade on Revolut with over 80 different cryptocurrencies, 22 of which were added a few weeks ago.

In Italy, Revolut has as many as 850 thousand users, while in the world over 20 million, thus indicating that there truly is a high potential for the masses to enter the crypto sector.

The post Revolut: you can now buy Bitcoin on the app in Europe appeared first on cryptodailynews24.com.