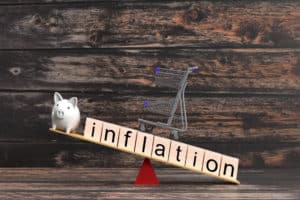 Inflation risks are still high according to JP Morgan

The latest US inflation bulletin showed the first encouraging data with the first tentative sign of inflation slowing down in the US, but according to JP Morgan, there are still risks.

The July data showed inflation in the world’s top economy rising at +8.5%, down from the +8.7% expected. The figure is down from the previous +9.1%. The figure reduced both the risks of a US recession and the risks of further Fed intervention after three consecutive 0.75% hikes. This first figure still generates fears that the inflation problem will return to impact the economy soon.

This is also the view of experts from the study and analysis center of the US investment bank JP Morgan, who analyzed the current inflation performance and the scenarios of its development in the coming months.

Regarding the July data in the report, the investment bank explains the main reasons for this slowdown:

“Falling oil and gasoline prices had a big impact. Prices at the pump have declined for 57 straight days, and the national average is below $4 per gallon for the first time since early March. In all motor fuel costs fell by 7.6% on the month. Lower fuel costs also gave travelers some relief. Airfares fell 7.8%”,

In addition, the CPI (Consumer Price Index) figure denotes how prices may have peaked in June. It also appears that wage growth may have peaked as well and is beginning to show signs of cooling.

“While all of this is encouraging, we aren’t out of the inflation woods. Prices are still much higher than they were a year ago, and core inflation of 0.3% per month still implies an annual pace of inflation well above the Federal Reserve’s target of ~2%. Housing costs continued to rise and will likely do so for a while longer. Food prices were up a staggering 1.1% in July and are now almost 11% higher than they were last year, posing a burden to many families”,

Moreover, based on this data, the bank expects new Fed interventions, which could also take place at upcoming central bank meetings. For their part, markets seem to have reacted positively to this inflation data, considering that

“the S&P 500 continued its rally from the June lows this week, the treasury yield curve steepened, and both high yield and investment grade credit spreads tightened”.

The post Inflation risks are still high according to JP Morgan appeared first on cryptodailynews24.com.