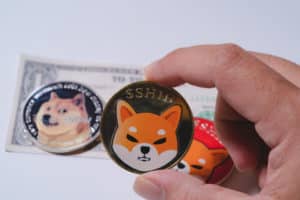 The memecoins Dogecoin and Shiba Inu mark a price pump of +22% and +29% for DOGE and SHIB respectively in the past seven days, outpacing the queen of crypto Bitcoin (BTC).

Elon Musk’s favorite crypto, Dogecoin (DOGE), and its killer Shiba Inu (SHIB) have posted price pumps of +22% and +29% respectively over the past seven days, according to CoinMarketCap data.

Apparently, memecoins remain surrounded by broader investor enthusiasm than Bitcoin (BTC) itself, which has risen just 2.9% over the past week, worth $24,050 at the time of writing.

According to reports, it appears that Hayden Hughes, CEO of social-trading platform Alpha Impact, attributes this event to a return to crypto-trading by retail investors. Here are his words:

“Dogecoin and Shiba Inu have both broken out over the weekend, clear evidence that the retail investor is back”.

The dedicated index, the DOGE Fear & Greed Index, also appears to have risen in recent days, albeit remaining in the neutral zone.

In fact, the latest reported figure is 54 points compared to 50 points in previous days. An increase suggesting that investors’ attitudes are slowly loading up with enthusiasm toward Musk’s favorite crypto meme.

In contrast, the latest estimated figure of the Bitcoin Fear & Greed Index is leaning more toward the Fear zone, with a score of 46, though higher than the 42 of previous days.

Another crypto awaiting updates is Ethereum (ETH), which seems to have regained some optimism around it.

And in fact, the second-largest crypto by market capitalization also appears to have registered an 11% price pump in the past seven days, placing it at $1,900 at the time of writing.

This rise could be the result of a positive response from investors on the latest news regarding the Merge and its official launch scheduled for 15 September, an estimated date confirmed by Vitalik Buterin himself.