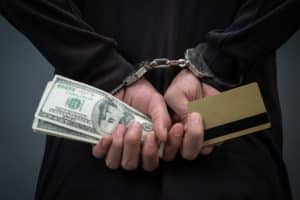 It appears that Dutch authorities have arrested the developer of Tornado Cash in Amsterdam. Today, the 29-year-old will be brought before the investigating judge.

The Netherlands’ Fiscal Information and Investigation Service (FIOD) has reportedly arrested a man in Amsterdam suspected of being the developer of Tornado Cash, the crypto-mixer accused of money laundering and blacklisted by the US.

Specifically, FACT believes Tornado Cash was used to launder funds stolen through hacks by a group believed to be associated with North Korea.

Tornado Cash began operations in 2019 and, according to FACT, has since reached a turnover of at least seven billion dollars. Investigations have shown that at least $1 billion in criminally sourced cryptocurrency has passed through the mixer. It is suspected that the people behind this organization made large-scale profits from these transactions.

Today, the 29-year-old suspect will be brought before the investigating judge, but the FIOD does not rule out that there will be multiple arrests soon.

US OFAC sanctions imposed on crypto mixer for money laundering

The first to drop the “bombshell” on Tornado Cash was the US Department of the Treasury, through the Office of Foreign Assets Control (OFAC), which, earlier this week, had claimed that the crypto mixer was being used to launder over $7 billion in crypto, as of 2019.

And indeed, for that very reason, Tornado Cash is currently on the US Treasury Department’s blacklist, with OFAC declaring that it will also penalize those Ethereum addresses that interact with blacklisted wallet addresses.

Since then, an anonymous user decided to scam some celebrities by sending them small amounts of ETH from a Tornado Cash address.

The Discord server of Tornado Cash also shuts down

Breaking news, the Discord server of the service most used by malicious actors has been deleted.

JUST IN: Tornado Cash Discord server has been deleted.

Following the platform’s shutdown, its blacklisting by the US Treasury Department, and the anonymous user scam, the decision has been made to also shut down the related Discord server.

There is no specific reason yet, but it certainly had no further purpose. Had it remained active, the community would have continued to interact on this type of operation, making the authorities’ effort futile.