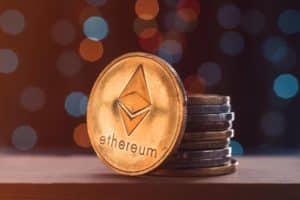 The Ethereum Merge will be launched on 15 or 16 September

After the last successful testnet on 11 August, Ethereum developers are convinced that the new Merge update will be launched on 15 or 16 September.

Merge: Ethereum is about to move to the long-awaited Proof of Stake

On Wednesday, 11 August, Ethereum developers announced that the latest Goerli testnet had also successfully transitioned to Proof of Stake. This is the last of three planned tests, following Ropsten in June and Sepolia in July. The latter represents the final test before the official launch, which would precisely see the light of day slightly ahead of schedule on 15 or 16 September.

In a Consensus Layer Call yesterday, Ethereum developers responsible for the new project related to the Merge launch, set a launch on the main network on this very date. Tim Beiko, head of the Ethereum Foundation team, later confirmed the update in a tweet, confirming the targeted total terminal difficulty figure.

This figure refers to the difficulty required to mine the last block of Ethereum. At that point, the network will disable Proof-of-Work and switch to the new, more sustainable Proof-of-Stake. An update called Bellatrix is expected to go live on 6 September, and the second part of the Merge, dubbed Paris, should take place precisely when the TTD reaches the decided figure. The developers have predicted that this could take place precisely between 15 and 16 September.

This date, however, is not yet certain because much will depend on the network and what may happen in these weeks, given that as stated by Ethereum’s developers, their work will continue unabated in order to analyze possible bugs and problems to the network in view of the new update.

The effect of the update on Ethereum’s price

Ethereum’s move to Proof of Stake has been talked about since as early as 2014, but it had continuous delays until late 2020 when the first actual work began to implement the new update in the network.

The fact that now everything finally seems to be ready for its launch, the effects on Ethereum’s asset have been considerable, seeing that in recent weeks Ethereum has risen nearly 120% from the lows below $1,000 marked in June, scoring one of the best performances of the entire crypto market, even surpassing $1,900 with momentum in recent hours.

#Ethereum surged back over $1,880 after a positive #CPI report Wednesday. This 2-month high in price came with a major influx of $ETH transactions valued at $100,000 or more. This is happening in tandem with whale addresses appearing to be accumulating. https://t.co/1Wlpp7qlFh pic.twitter.com/HuEJPScD40

The popular analytical platform Sentiment has recorded a considerable increase in whale addresses accumulating ETH in wallets in recent weeks. This would be yet another sign of a likely strong bullish push on prices in the coming weeks.

The post The Ethereum Merge will be launched on 15 or 16 September appeared first on cryptodailynews24.com.