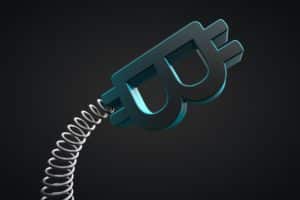 The case of the Italian company that stole millions of euros in the crypto sector, New Financial Technology

A few days ago news broke about a multimillion-dollar scam set up by a company known as New Financial Technology.

New Financial Technology: a Bitcoin scam by an Italian company

Founded in Silea, Treviso, and headquartered in London, New Financial Technology promised gains of up to 10% on invested capital through arbitrage transactions on the crypto market. The minimum deposit required was €10,000 and coupons were issued on a monthly basis.

This type of model is used by numerous legitimate companies, which, using special algorithms, take advantage of market mismatches on the various exchanges to profit.

The company’s acronym, NFT, somehow seems to be meant to mock those who know this world, but that is certainly not the red flag.

The charade set up by the Italian company lasted a full four years, and it is now thought to have been a well-organized Ponzi scheme from the beginning.

An estimated 6,000 savers were defrauded, who invested between €10,000 and €300,000. The victims, who deposited their life savings in search of lavish earnings, came mainly from the regions of Lazio, Veneto, Piedmont, Lombardy and Emilia-Romagna.

Estimates are still inaccurate and to be verified, but from what seems to be emerging from early rumors, New Financial Technology managed to pocket between 40 and 100 million euros.

There is currently no sign of the founders. The only person to speak is one of NFT’s attorneys, who immediately tries to avert the “pyramid scheme” label:

“I rule out this reality”.

Disappointed and angry investors, however, do not think so. Some even believe that the company never made any real investments, but paid coupons through newcomers’ payouts, just like a real “self-respecting” Ponzi scheme.

What happened to the founders of New Financial Technology

Along with the company, the website and the funds raised, two of the three founders have also disappeared, of whom there is no trace.

The third, however, is a lawyer from Rome and appears to still be around. In reference to what happened, he is certainly able to share words of “great comfort” for those who lost hundreds of thousands of euros:

“I don’t think it can be called a scam or a Ponzi scheme”.

Going back to the first two, they appear to be hiding somewhere in Dubai, but there is more.

According to an anonymous source, during the past few weeks the two were reportedly in Lugano, looking for who knows what kind of business. Fortunately, they were then turned away by the Swiss Blockchain Consortium, the Swiss group of companies working in crypto.

It is now well known that Lugano, as well as Switzerland in general, has become one of the world’s beating hearts for those in the cryptocurrency industry. Regulation and a more than favorable ecosystem have made it possible to attract capital and prominent projects to the country. Among these, one cannot fail to mention Plan B, a joint initiative between the City of Lugano and Tether, which aims to revolutionize the city’s financial infrastructure by leveraging Bitcoin technology.

Sure enough, the two former administrators were in the country with the most crypto companies in the world to somehow expand their fraudulent business.

The statements of NFT’s lawyer

Presumably, the lawyer, described as the third founder of the company, also falls into the circle of deceived people.

His words disclosed to the press, explain in detail what is happening these days:

“I am investigating. At the moment it is not known where the money is because I do not have access to the customers’ wallets. We are investigating V.’s behaviors, but that’s all I can say at the moment. I believe there is some noncompliant conduct. Otherwise, I would not have decided to make investigations and inquiries. I cannot comment on the nature of what we think V. may have done, but we understand that this is a striking case. If the irregularities are confirmed, we will press charges”.

He then adds regarding his position:

“Let’s clarify right away what I have been reading around these days: I am not one of the co-founders. I joined later and I am not involved in the technical side. My role was just to give the company an international legal connotation in order to work in this area. I am the legal part and now also the administrative part. In the last week I removed V. because some of his behaviors were no longer tolerable.

We believe there were some anomalies in his actions. But that’s all I can say. I also removed R. and evoked every corporate function to me. I am to this day the only contact person”.

How the affected savers are being protected

All those affected are trying to come together on forums and Telegram channels, including the main one “I truffati della New Financial Technology” (scammed by New Financial Technology). The channel already has hundreds of people and collects countless messages of despair and fear every day. There still remains a small flicker of hope lit in the hearts of poor investors, who are hopeful that they will receive their lost money.

There are those who believe they will never see their money again and those, on the other hand, who have already started collecting signatures to start a class action against NFT. This is a class action lawsuit, which does not appear to be a viable avenue in this case.

Giuseppe D’Orta, a financial advisor and expert in the protection of citizens’ savings, raises the prospect of what is possible at this point:

“NFT is a foreign-based company, so it is not possible to bring a class action as provided for in our legal system. In this case, there will probably be a criminal trial and the victims can file a civil suit. But those who talk about class action do so out of hand”.

The words of the lawyer, and now sole director of the company, are somewhat rekindling a glimmer of hope:

The post The case of the Italian company that stole millions of euros in the crypto sector, New Financial Technology appeared first on cryptodailynews24.com.