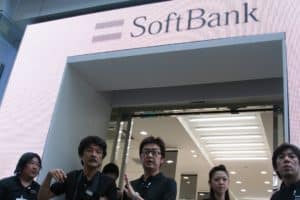 With great bitterness, Masayoshi Son, CEO and founder of the largest start-up and technology investment fund, announces the result of a black quarter: SoftBank loses $23.4 billion.

SoftBank loses 7.5% on the stock market

The Nikkei Index takes a hit as SoftBank’s 7.5% collapse

The markets’ bad period is reflected mostly on commodities and tech stocks. The latest round of quarterly reports showed slightly above-expected results, at least on Wall Street, but this was not the case worldwide.

In Asia, tech stocks performed worse than their US counterparts, such is the case with SoftBank, which can be classified as a fintech stock, and is known for managing and owning the world’s largest fund of investments in start-ups and tech stocks, Vision Fund.

The recorded loss of 3,160 billion yen, equivalent to $23.4 billion, has caused the company to suffer a drop of 7.5% on the stock market, a disaster of a size that is difficult to manage and which also sinks the Nikkei.

The company will be forced to run for cover as highlighted by Son himself in the quarterly data presentation conference.

The CEO said he was saddened by the result that repeated the previous quarter, which also closed in the negative although with slightly better data.

To shareholders and investors, the visionary entrepreneur Masayoshi Son says he regrets the celebrations made in the past for the self-made billion-dollar earnings by accusing himself of not making good enough choices for the future:

“I am ashamed of myself for being so elated by big profits in the past. SoftBank would now subject itself to a “dramatic” group-wide cost-cutting exercise”.

How the Nikkei index reacted

The Nikkei, following SoftBank’s results, posted a loss of 0.94%, a hefty 1% that, however, did not affect the Hang Seng, which closed at a substantial breakeven, and neither did Shanghai, which was also at parity.

The entrepreneur explained how the losses recorded were the result of the slump in tech valuations and the weak yen that reached its lowest in 24 years against the US dollar.

Half of SoftBank’s loans are denominated in US dollars and this has led to an amplification of the loss as a result of the exchange rate affecting 820 billion yen ($6 billion).

Cuts will affect the entire group both in terms of workforce and thinning out the chain of command with turnover in all areas to revitalize the group.

The divestments will most likely affect Fortress Investment Group, which is involved in global asset management, debt collection and non-performing loans whose acquisition proved to be a difficult investment to absorb and turn into a profit.