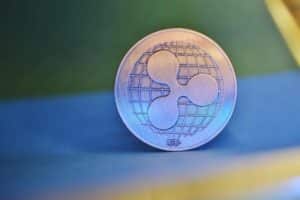 According to Reuters, Ripple Labs is reportedly considering making a bid to acquire some assets of Celsius Network, which has been declared insolvent.

Ripple is deciding to acquire part of Celsius’ assets

A spokesman for Ripple Labs, the company behind Ripple, reportedly told the Reuters news agency that:

“We are interested in learning about Celsius and its assets, and whether any could be relevant to our business”.

When asked if Ripple planned to acquire Celsius entirely, the spokesperson preferred not to comment, saying only that Ripple is looking for investment and merger opportunities with other players.

However, in the wake of this news, the market immediately set off speculation about the asset. CEL, the Celsius platform’s native utility token, rose 23% Wednesday after the news.

Celsius Network, a currency lender, experienced very serious liquidity problems in June, which forced it first to halt the transfer of funds and then to declare insolvency in mid-July. The company’s accumulated debt would amount to more than $1 billion.

Ripple’s news seems to have even more merit, considering the fact that Ripple itself would turn out not to be one of Celsius’s major creditors and thus would have no conflict of interest or legal impediment to making an offer.

In addition to Ripple, other companies such as the FTX exchange or Celsius’ competitor Nexo (whose takeover offer was reportedly rejected) have also shown signs of interest in taking over the assets of the insolvent company.

Reuters also reported that Ripple’s attorneys had filed three documents to participate in Celsius’ bankruptcy proceedings, but without adding any further details about the nature of these documents or the real motivations for this action.

The current situation of Celsius Network

Celsius, which is going through the Chapter 11 process, the special US law that is the antechamber to bankruptcy, and which blocks the ability of creditors to enforce their outstanding debts, pending a restructuring of the company, which often passes precisely through the sale of some of its assets, as seems to be happening for Celsius as well.

This news confirms the unfolding evolution in the cryptocurrency market, which has been hit hard in recent months by the collapse of Terra and its algorithmic stablecoin UST, which cascaded into the bankruptcy of first the Three Arrows Capital fund and then Voyager Digital. The market is now squeezing the pool of players in the field, eliminating those that are less solid and capitalized, and leaving only the most stable companies.