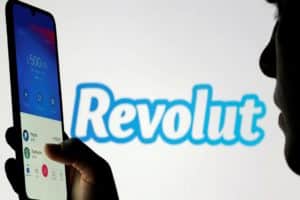 According to data from Revolut, a financial app with more than 20 million users worldwide and 850 thousand in Italy, 22 million Italians will go on vacation during August 2022.

The report was conducted by Revolut together with the research firm Dynata, on a sample of 1,000 people, specifically to understand what the vacation budget is and what happens if it is not met.

Going over budget on vacation

70% of Italians surveyed by Revolut set a budget before going on vacation, and among them there are those who try not to exceed it (41%) and those who usually never stick to it (29%).

When they return from their summer break, 6 out of 10 respondents say they are quite lenient in case they find that they have exceeded the set budget.

Specifically, 11% will not notice because they do not manage their finances so strictly, 35% will care little, while 13% think Carpe Diem and therefore will not worry about it at all, explaining that “you only live once”.

But among the respondents, there is a 27% who will establish a recovery plan when they return from vacation, giving up some extras and managing money carefully for a period of time, while only 14% will return home from vacation calmly because thanks to their ability to control their spending, they say they never go over their budget. Of this last budget-conscious percentage, 17% are women and 11% are men.

Saving after the holidays

In any case, when they return from vacation, 65% of Italians say they want to save money for at least a few weeks. In fact, 1 in 3 Italians said they will try to spend only what is necessary and avoid extra expenses, while 35% will try to spend less but still keep some extra activities to ensure some fun.

It is still women who say they will try to control their spending more: in fact, 39% of men say they intend to spend as usual once they return from vacation.

Returning from a trip represents a new starting point for 47% of women and 37% of men, similar to the beginning of a new year. September, in fact, in terms of feeling is often felt as a turning point, a kind of time to think about how to improve oneself.

There are several projects that Italians have when they return from vacation, but the most heartfelt are those related to their own well-being: 34% say they want to devote themselves more often to what they love, a need felt particularly by respondents over 45, and 33% say they want to start a new routine, made up of activities such as sports, meditation and good habits: in particular this is echoed by 43% of respondents belonging to the so-called Generation Z, which are those born between 1997 and 2012.

The third activity Italians want to dedicate themselves to when they return from holidays is saving money, indicated by 27% of respondents and in particular 30% of women and 24% of men.

Six out of 10 Italians also say that financial apps and digital tools can help control spending and avoid wasting money. 40% of the sample think that technology can help concretely but they must obviously be combined with great self-control skills.

The post Revolut: financial habits of Italians on vacation appeared first on cryptodailynews24.com.