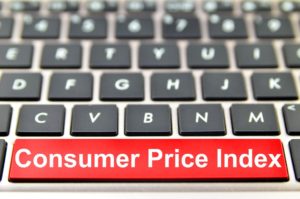 Today the financial world was anxiously awaiting the CPI figure as it was strongly indicative of the direction the US economy was taking, and for the sake of Elon Musk’s detractors, this time his recent statements on the sidelines of Tesla’s earnings commentary were prophetic.

The CEO of the EV maker had predicted a slow but gradual descent of inflation to more acceptable levels and that this would be good for the US economy not so much for the figure itself, but for having the power to dampen the Federal Reserve’s monetary policy decisions by leading it to more thoughtful choices such as lower rate hikes.

The CPI falls from its peak of 9.1% to 8.5% confirming a gradual improvement in the country’s health (inflation was expected at 8.7%), which combined with the employment figure has restored momentum in the stock markets and beyond.

In recent weeks Bitcoin also seems to have correlated with this progressive (albeit tentative) situation of general improvement by retesting $24,000 three times.

Kate Kurbanova, co-founder and CEO of Apostro, speaking on the diminishing correlation between BTC and the markets in recent months, said in a commentary:

“A key demerit is the fact that correlation presents a systemic risk as it allows the transmission of shocks from one sector to another. This is literally what has happened so far and the safe haven in divestment has been significantly neutralized”.

From 7 August to today, Bitcoin trading has tripled as pointed out by research by CryptoQuant that saw it rise from 10.8K to 36.7K underscoring how sentiment has changed in the last period, sentiment that had already changed on Ethereum grappling with the now imminent Merge (September 2022).

The ideal inflation figure, set by the Fed at 2% is far from being reached and in sectors such as energy, the CPI weighs like a boulder.

Oil records +75% while the rest of the energy sources record an average increase of 32%, gasoline for example +44%.

Even food items do not hint at falling in price reporting a 13% increase despite the very good news coming from the August US inflation data.

On a positive note, though, there is a relief taken by markets from improved sentiment across the board and the increased likelihood that the US Central Bank, in view of the data, will not continue to perpetuate such an aggressive rate hike policy thus favoring markets and consumption.

The post CPI drops to 8.5% appeared first on cryptodailynews24.com.