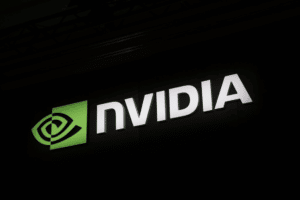 The so-called Rock Star of the stock market, Cathie Wood, founder of asset manager Ark Invest, has made a trade that leaves the market itself reeling.

According to reports, Wood sold her 235,489 shares of payment provider Block (formerly Square founded by Jack Dorsey) yesterday, liquidating more than $20 million and then turned around and set her sights on chipmaker Nvidia, buying shares worth a total of $65 million.

Wood’s departure from Block took place precisely as the shares were falling, touching $85.50 each.

In contrast, Nvidia’s shares were trading on the same day at $177.93, making Wood’s investment with Ark Invest worth about $65.3 million.

Wood’s Ark Invest and its one-year history with Block

It was July 2021, when news broke that Cathie Wood’s Ark Invest had purchased more than 225,000 shares of Block, which at the time was still called Square, precisely the day after the company launched its new business related to Bitcoin.

Always proactive when it comes to Bitcoin and cryptocurrencies, Wood had wasted no time, and through her fund management firm founded in 2014, she had joined the ranks of investors in Jack Dorsey’s company.

Much like with Nvidia now, more of Wood’s funds had been used at that time to buy Block’s shares: the ARKK ETF and ARKW ETF, with a total of 53.6 million invested.

It was a sale of just over 1.4 million Coinbase shares, with a total value of about $75 million.

Contrary to what one might think about the long crypto winter as the cause of such sales, in the case of Coinbase, Wood allegedly acted immediately after the SEC’s revelations about the crypto-exchange.

And in fact, last month, Coinbase was placed under investigation by the US Security and Exchange Commission on charges of listing tokens considered to be unregistered securities.